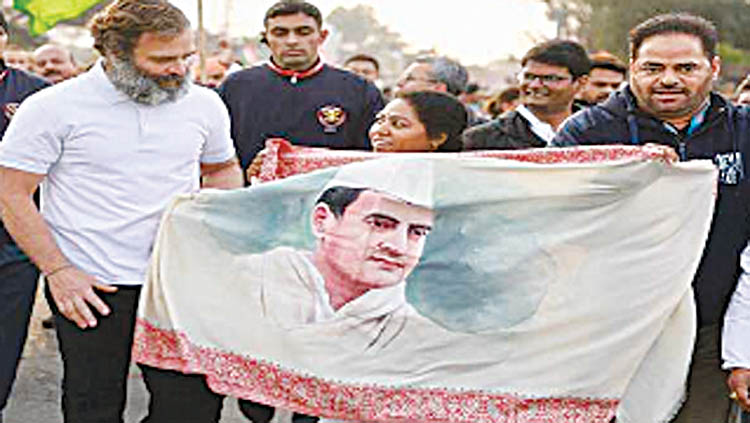 Jammu, Jan 22 (Agency) Congress leader Rahul Gandhi led Bharat Jodo Yatra after a day long break, resumed on Sunday morning from Hiranagar belt of Kathua district in Jammu and Kashmir. The security however, have further been strengthened for the yatra in the wake of twin blasts in Narwal area of Jammu on Saturday. The yatra has entered the Samba district and will stop briefly at Nanke Chak before leaving for Vijaypur.

“At Vijaypur, the yatra will make a halt tonight and will leave for Jammu on Monday,” said a party leader. Hundreds of Congress supporters on Sunday were seen greeting and waving at Rahul Gandhi along the Jammu-Pathankot national highway. The Bharat Jodo Yatra on January 19 entered the Jammu and Kashmir from neighbouring Punjab and was welcomed at Lakhanpur. Politicians like Dr Farooq Abdullah from National Conference and Sanjay Raut from Shiv Sena received Rahul Gandhi. The yatra is expected to reach Srinagar on January 29-30 and culminate with hoisting of Tri-colour at Congress’s party office in Lal Chowk. The Congress party has invited 23 Heads of national political parties to join Rahul Gandhi at Srinagar.