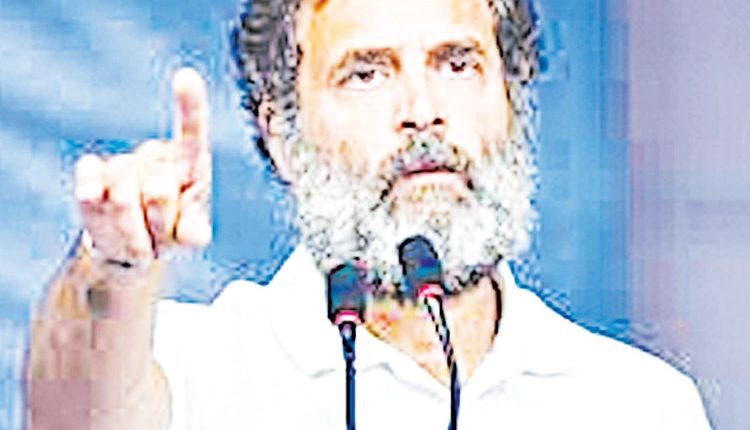 Jammu, Jan 20 (Agency) The Bharat Jodo Yatra led by Congress leader Rahul Gandhi that entered the Jammu and Kashmir in its last leg, resumed on Friday from Hatli Morh in Kathua district. Amidst chill and inclement weather conditions, Rahul Gandhi donning raincoat over White T-Shirt started the yatra flanked by Shiv Sena leader Sanjay Raut and other senior leaders including JKPCC head Vikar Rasool. Raut told reporters that he had come all the way to join yatra because Rahul Gandhi is a leader of masses and he is on the right path to raise voice against the unemployment, inflation and other issues bothering people in the country.

The Bharat Jodo Yatra that started from Kanyakumari will culminate on January 29-30 at Srinagar with hoisting of Tri-colour. The yatra will halt today at Chadwal and it will be a day break on Saturday. Senior Congress leader Jairam Ramesh with MP Rajni Patil will also address a press conference at Chadwal. On Thursday, Rahul Gandhi at Lakhanpur slammed BJP, RSS stating that they have spread hatred in the country and also asked people to join him to ‘save’ India. National Conference president, Dr Farooq Abdullah also joined the yatra at Lakhanpur on Thursday. Hundreds of people carrying ‘Tiranga’ was seen waving at Rahul Gandhi en route the destination.

Sent a notice to the wrestling federation regarding charges leveled by wrestlers: Anurag