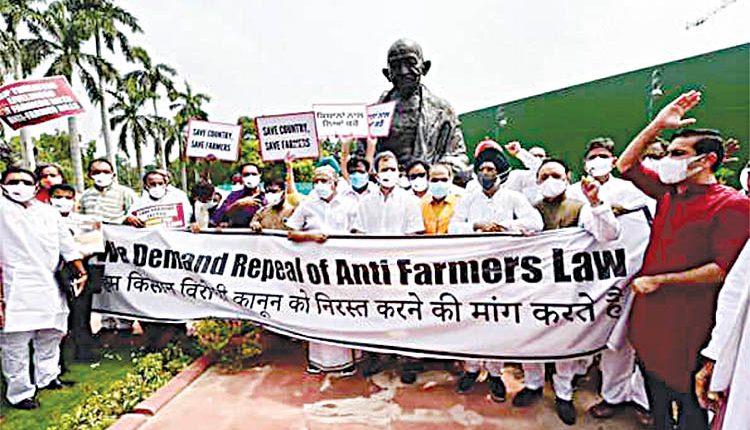 New Delhi, Jul 22 (Agency) Mr Rahul Gandhi on Thursday led other Congress MPs in staging a protest demanding repeal of the three farm laws on Parliament premises. Taking a middle spot among the leaders near the Mahatma Gandhi statue, Mr Gandhi, along with others held a long white banner which read “We demand repeal of anti-farmer laws”.

The Congress raised slogans, “Modi government anti-farmer”, “Stop harassing farmers” and displayed placards. In Parliament, both the Houses saw repeated adjournments with Opposition parties, including Congress, protesting against the farm laws and other issues. Meanwhile, at the historic Jantar Mantar, over 200 protestors under the aegis of Samyukt Kisan Morcha (SKM) and Kisan Mazdoor Sangharsh Committee (KMSC) gathered to protest against these laws.