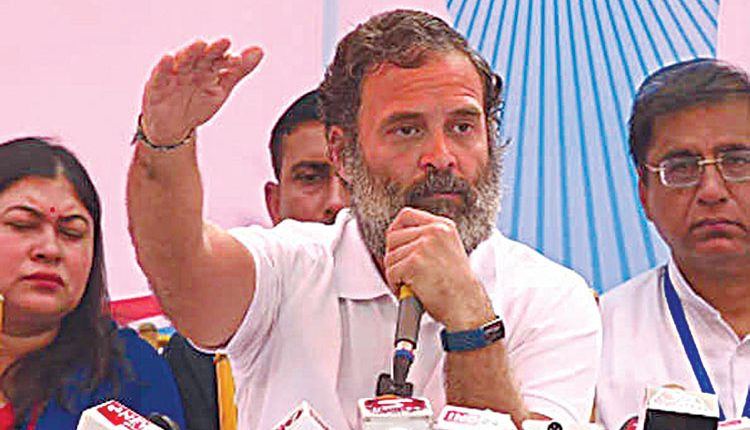 Baroli, Nov 28 (Agency) Touching on a crucial issue, erstwhile Congress president Rahul Gandhi underlined on Monday that concentration of wealth is doubtlessly the biggest causal agent behind unemployment in the country. “Monopoly is being created in every industrial sphere and growth potential of the ‘smaller medium’ has been decimated. Any small businessman will tell you about the havoc wreaked by GST and demonetisation. The country’s foundation is the peasant – who is simply ignored; fertiliser is unavailable.

Blatant privatisation is underway of industries, academic institutions and even infirmaries. Education and healthcare – though certainly not off limits for the private sector – are primarily the government’s responsibility. Managing India is a dynamic activity therefore one must lend a patient ear to the public voice. After two years of MGNREGS, we obtained feedback from cultivators and eventually waived agrarian debt,” he said during a press conference – at this village in the vicinity of Madhya Pradesh’s commercial capital Indore – while on his Bharat Jodo Yatra. When asked whether he would again contest a general election from Amethi, Mr Gandhi said that the answer would come in a year or two.