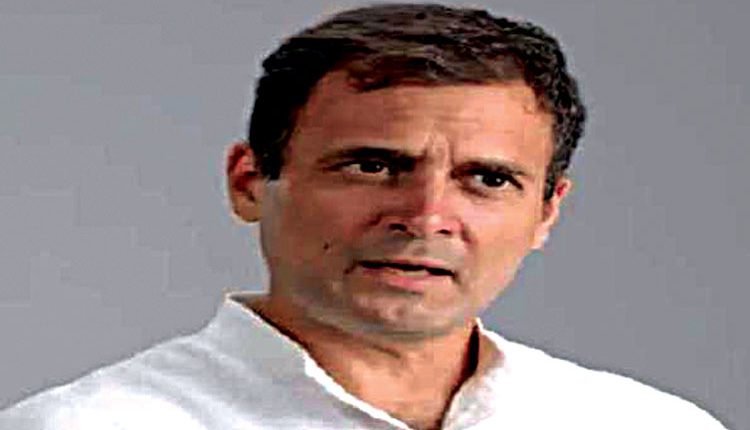 New Delhi, Sep 17 (Agency) Congress leader Rahul Gandhi on Friday took a dig at the BJP-led government in the Centre over the unemployment issue and said ‘National Unemployment Day’ would not have been necessitated if the BJP government would have worked for the people instead of their ‘friends’. Indian Youth Congress, the youth wing of the grand-old party on Friday observed Prime Minister Narendra Modi’s birthday as ‘National Unemployment Day’ over rising unemployment.

“National Unemployment Day would not have been necessitated if BJP worked for the people, not for their friends ,” Gandhi said in a tweet in Hindi, hours after he in a crisp social media post extended his best wishes to the PM on the occasion of his 71st birthday. Last week, the Congress leader had said the difference between Sunday and Monday ended under the BJP regime as there were no jobs. As per the date released by the Centre for Monitoring Indian Economy (CMIE),the unemployment rate rose from 6.95 percent in July to 8.32 percent in August, 2021.

SCO calls for inclusive govt in Afghanistan, with representation of all sections of society