Rafale deal: Rahul posts online survey to find why govt was shying away from JPC probe 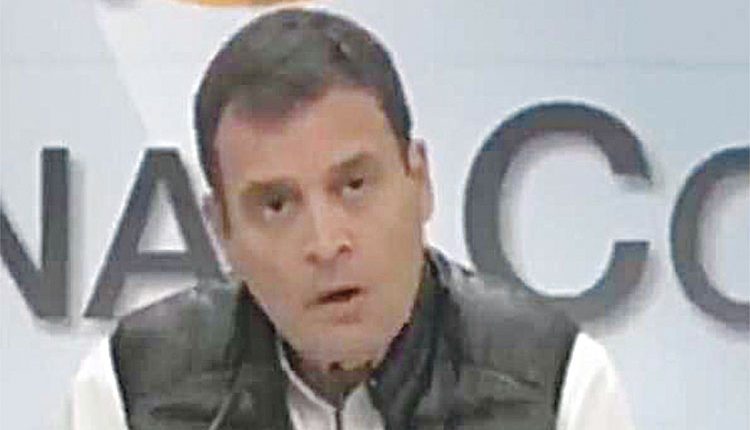 New Delhi, Jul 4 (Agency) Former Congress president Rahul Gandhi on Sunday posted an online survey on his official Twitter page to find why the government was not allowing a probe by Joint Parliament Committee (JPC) into the alleged Rafale deal. The veil attack from the Congress MP came a day after the French government allowed investigations in alleged corruption in a 7.8 billion Euro deal in 2016 between India and France for the purchase of 36 Rafale jets. Mr Gandhi posted a multiple-option question in Hindi–why the Modi govt is not allowing a probe by the JPC?

The four options which he mentioned were guilt conscience, saving friends, JPC does not want a Rajya Sabha seat and the last option—all options are correct. A French investigative website–Mediapart—has probed the deal and uploaded the findings of the investigations on the website. The website has questioned the role of Anil Ambani-headed Reliance Group, which is an offset partner of Dassault Aviation. On Saturday, highlighting the developments in France, the Congress renewed the call of the JPC probe in the deal. The alleged scam was the war-cry of Mr Gandhi in the 2019 Lok Sabha polls.