Political opportunism is like a musical chair in Meghalaya 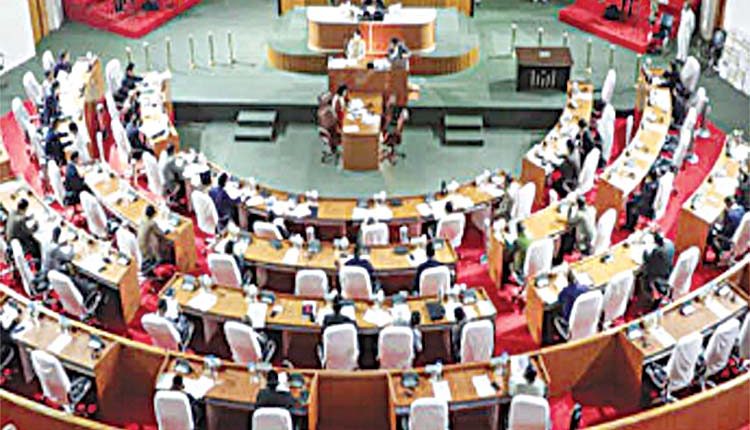 Shillong, Nov 25 (Agency) Political opportunism in tribal-dominated state of Meghalaya has its own way, a sort of musical chair, and shifting loyalties is nothing new. The state has the distinction of having the first independent MLA to occupy the CM’s office anywhere in the country, Dr Flinder Anderson Khonglam in 2001 was anointed to the top post. Late Khonglam led a 42-member coalition ‘Peoples Forum of Meghalaya’ (PFM), and became Chief Minister on December 8, 2001, the third since 1998 polls. Khonglam’s government survived only for 1 year and 86 days. During 2001-2008, in the span of seven years, the state has seen six Chief Ministers.

Willamson A Sangma, first chief minister of Meghalaya, served a seven-year-long stint as the head of the state from 1972-1978. Mukul Sangma, who joined Trinamool Congress with 11 other legislators, remained Chief Minister of the state under Congress banner for more than seven years for a period between 2013-2018. Late P A Sangma, former speaker of Lok Sabha and one of tallest leaders from from the state, became the Chief Minister of the pine state for only two years between 1988-1990. Incidentally, his son Conrad Sangma is now the Chief Minister of Meghalaya from 2018. In changing political dynamics of the state, will he be able to hold on to chair amid musical chairs for CM post in a state, which is plagued by political opportunism is a million dollar question, which only the times will answer.