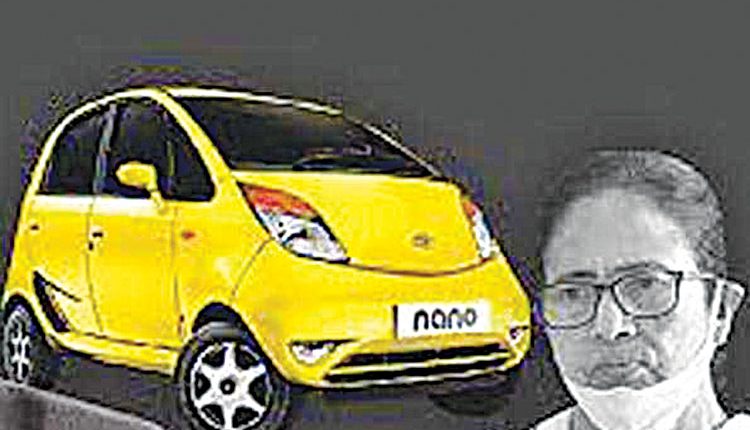 Siliguri/Kolkata, Oct 20 (FN Agency) Singur controversy resurfaced once again even after Tata Group pulled out its Nano project in 2008 following violent agitation over alleged land transfer for the small car factory as Chief Minister Mamata Banerjee lately claimed that the CPI(M) drove out the industrial giants, which the Leftist leaders countered as “bundles of lies” “I didn’t drive out Tatas from Singur, it was the CPI(M) which did it,” Banerjee told a gathering here while celebrating the Vijaya Sammilani at Kawakali maidan on Wednesday. Reacting to the chief minister’s claim and revelation on the Singur controversy, CPI(M) state secretary Md Salim described the statement as “bundles of lies” and advocated that Banerjee should be awarded the ” misthashree” prize. Salim said it was Banerjee, who spearheaded the violent movement with the lobby in the western and southern and northern parts of the country as well from BJP leaders Rajnath Singh, Sushma Swaraj and Maoists destroyed the Nano factory at Singur in Hooghly district.”

It’s time for Buddhadeo babu to laugh and people of Bengal to be more cautious while electing their representatives from Panchayat to Lok Sabha,” Salim also said on his social media.Buddhadeb Bhattacharya was then the chief minister of the Left Front government, which ultimately lost the elections in 2011 to Banerjee led Trinamool Congress. Addressing the Bijaya Sammilani’, where prominent personalities and Durga Puja committees of the eight districts of North Bengal were invited, Banerjee claimed that she did not drive the Tatas out, but it was the CPI(M). “They acquired land forcibly, I returned it to unwilling owners,” Banerjee maintained.” Why are the industries set up by forcefully acquiring the land from the people? We have set up so many industries and we did not take the land by force. I want all the industrial houses to come in West Bengal and set up business and create employment opportunities,” said the TMC supremo. Banerjee said she wants to create job opportunities for the youth of Bengal by building factories and hotels, and make the state a tourist destination of the world.

“Some people are saying nonsense that I drove out Tatas. Now, Tata is giving jobs. It was the CPM. They had claimed the land by force. We gave back the land… We don’t discriminate against any industrialist,” Banerjee reiterated.”There is no shortage of land. Why take land by force? We have done so many projects. We have not taken land by force anywhere. As many industrialists as we have here, everyone should invest in Bengal. Create employment in Bengal.” the chief minister said. CPI(M)’s central committee member Sujan Chakraborty reacted to the chief minister’s new claim said Banerjee was trying to hoodwink the people after so many ruling party leaders have been arrested and lodged in the jails for alleged corruption charges.Chakraborty claimed that the driving out of the Tata Nano factory by Banerjee has been impacted badly in West Bengal’s industrial prospect, as well as it also affected badly on the farmersas well as on agriculture production.