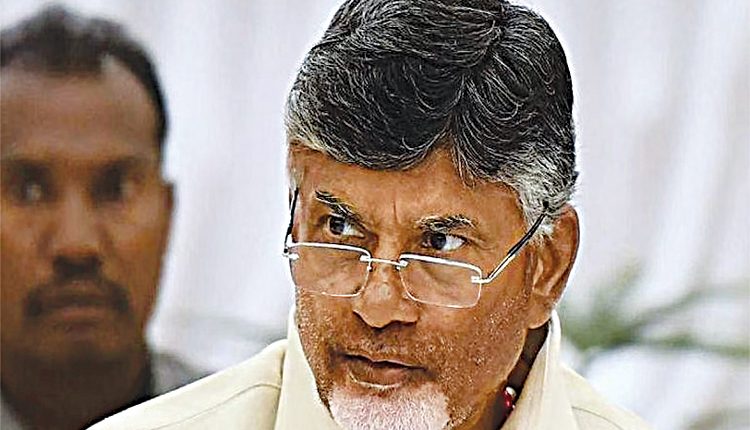 Vijayawada, Oct 12 (Representative) Telugu Desam Party National President and former Chief Minister N Chandrababu Naidu on Tuesday criticised the YSRCP Government for allegedly ‘harassing’ MGNREGS contractors despite their good contributions to the rural development and poverty alleviation programmes. Mr Naidu said the state government was not implementing the court orders to pay the NREGS bills. Because of the policies of Chief Minister Y S Jagan Mohan Reddy, the investors and contractors were not coming forward to set up industries and to take up works in Andhra Pradesh. In a statement here, the TDP Chief said that a contractor named Ranjit attempted suicide in Eluru following non-payment of his bills for a long time now. The government should ensure proper medical care for him.

Only a few days ago, a differently abled contractor tried to end his life in Anantapur district because of Government alleged harassment. It was not correct to harass and cause mental agony to contractors who completed works under the NREGS programme. The former Chief Minister pointed out that most of these persons, who contributed to rural development, belonged to the SC, ST and BC communities. It was condemnable on the part of the ruling YSRCP to financially crush these weaker section persons. The Court has issued orders for paying pending bills with 12 percent interest. But, the Government was not taking any action. At the same time, the funds released by the Centre were diverted, he alleged. Mr Naidu said that the Central Government told the Court that the NREGS Central funds have been released to the state.

The Centre also told the court that the AP Government has informed it about closure of investigation into the NREGS works. However, the State Government told the court that the investigation was still going on and that it had not received the Central funds. He pointed out that nobody was coming forward to file tenders since the Government was not paying bills. No new development works were being taken up because of the mindset of the Jagan Mohan Reddy regime. The Government was not paying over Rs. 80,000 crore of bills to contractors all over the state. The contractors would need to lose heart and they should not take any extreme step. The TDP would fight till justice was done to them, he added.