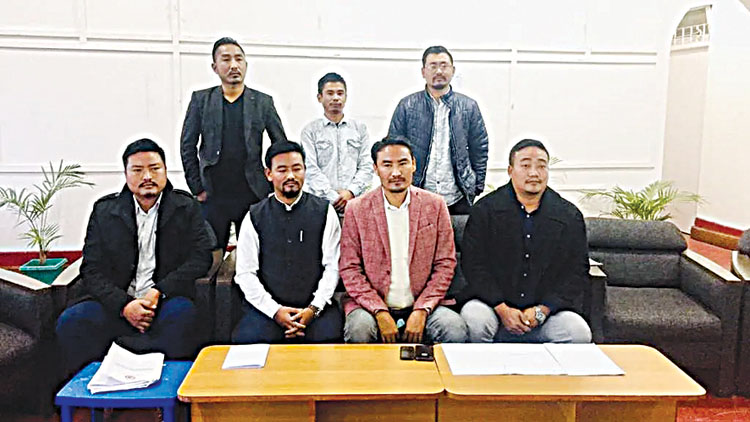 Kohima Sep 21 (Agency) The Eastern Naga Students Federation (ENSF) has called for a ‘Mass Public Walkathon Movement’ on October 7 to show solidarity with the stand of the Eastern Nagaland Peoples’ Organization’s (ENPO) resolution not to participate in any State or Central election process until their demand for a separate ‘Frontier Nagaland’ state is met. According to a release issued by ENSF Secretary for Information and Publicity Keyoungkhum Yimkhiung, this was resolved during an emergency Federal Assembly convened at Anatongre village in Shamator district of Nagaland on Tuesday to demonstrate solidarity with the ENPO resolution of August 26 this year calling on the people to abstain from participating in any election process in the backdrop of demand for Frontier Nagaland.

The October 7 walkathon will be held in all the administrative headquarters within the domain of Eastern Nagaland and accordingly, the seven tribal federating units of ENSF, the Chang Wedoshi Setshang, Konyak Students Union, Khiamniungan Students’ Union, Phom Students’ Conference, Tikhir Student’ Union, United Sangtam Students’ Conference and Yimkhiung Akheru Arihako, have been authorized to amalgamate village level cluster in respective tribal jurisdiction to embark the movement. According to ENSF the walkathons, the background and genesis of Frontier Nagaland statehood demand would be expounded in respective tribal languages. It also warned that in the backdrop of Frontier Nagaland Statehood demand, if any organisation or individual from any frontal organisation tried to jeopardise the demand for Frontier Nagaland, ENSF would initiate a stringent action against them.