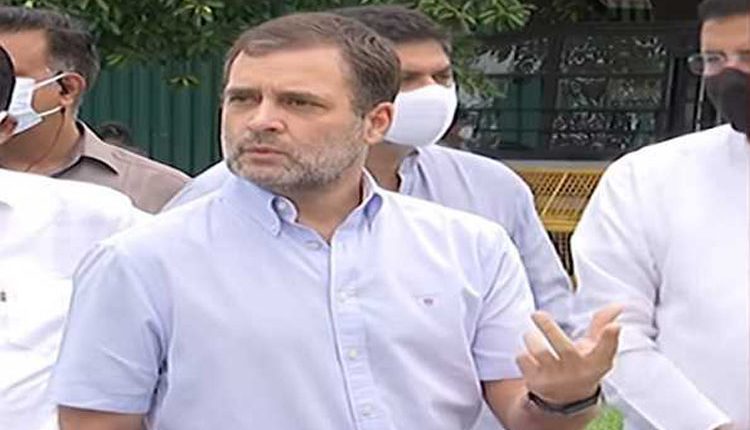 “Pegasus is classified by the Israeli state as a weapon and that weapon is supposed to be used against terrorists. The Prime Minister and Home Minister have used this against the Indian state and against our institutions. The only word for this is treason,” Mr Gandhi alleged while speaking to reporters in Parliament complex. Mr Gandhi alleged that the spyware was used to target political leaders, Supreme Court, topple Karnataka government, and scuttle probes.

“This has to be investigated and the Home Minister has to resign,” he demanded. As per the media reports, Pegasus software, developed by Israeli company NSO to spy on terrorists and criminals, was misused to target politicians, journalists, lawyers, activists and others. In India, among others, the name of Mr Gandhi, a few of his friends, poll strategist Prashant Kishor, virologist Gangandeep Kaur, former Election Commissioner Ashok Lavasa and nephew of Bengal Chief Minister Mamata Banerjee, Abhishek Banerjee, have been mentioned in the reports as potential targets.

The government has rubbished the reports of any unauthorised phone tapping. Meanwhile, the Congress MPs, led by Mr Gandhi, on Friday staged a demonstration in front of the Gandhi statue in Parliament over farmers’ agitation and Pegasus row. This was the second day when the MPs of the grand-old party displayed their solidarity with the farmers protesting at Jantar Mantar, barely 150-meter-away from Parliament. The leaders stood under the Gandhi statue with a banner which read, ‘#Pegasus Snoop gate. We demand a Supreme Court-monitored probe.’ They also held placards against farm laws.