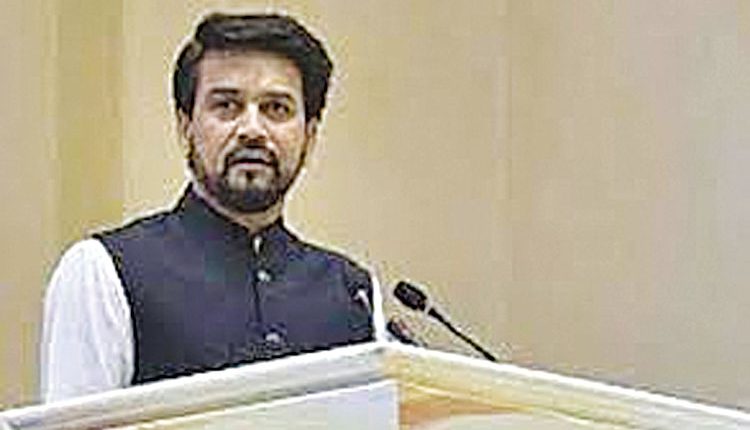 Hamirpur (HP), Oct 7 (FN Agency) Union Minister of Information and Broadcasting and Sports and Youth Affairs, Anurag Singh on Friday thanked Prime Minister Narendra Modi and Union Minister for Jal Shakti Gajendra Shekhawat on the approval of five flood protection projects in Himachal Pradesh at a cost of about Rs 2167.72 crore by the Union Ministry of Jal Shakti. After the 150th meeting of the Irrigation, Flood Control and Multipurpose Project Advisory Committee under the chairmanship of Secretary, Water Resources, River Development and Ganga Rejuvenation Department, Fina Singh Multipurpose Project including flood protection projects in Suketi Khad, Swan River and Seer Khad and various other gorges. The flood protection project has been approved for the state. In a statement, Anurag Thakur said, “Prime Minister Shri Narendra Modi ji has always considered Himachal Pradesh as his second home and has approved all necessary projects as per the requirement of Himachal.

Due to the divine calamity in the hilly state of Himachal, floods are common in every rainy season, due to which there is a lot of loss of life and property every year.Keeping this in view, I met Union Minister of Jal Shakti, Shri Gajendra Shekhawat ji, raising this issue in front of him, and raised the demand for flood protection projects in Himachal. It is a matter of great pleasure that the Minister of Jal Shakti, giving his approval to my demand, has given his approval to five flood protection projects in Himachal at a cost of ` 2167.72 crore. I express my gratitude to respected Prime Minister Shri Narendra Modi ji and Union Jal Shakti Minister Shri Gajendra Shekhawat ji for this approval”. Anurag Thakur said that projects in Himachal have been approved by the Ministry of Jal Shakti in my own Hamirpur parliamentary constituency. The Fina Singh Multipurpose Project will generate 1.88 MW of power at a cost of Rs 643.68 crore. Flood protection measures and canal construction project on Suketi Khad River as well as its tributaries are to be taken up under Beas catchment area in Mandi district.