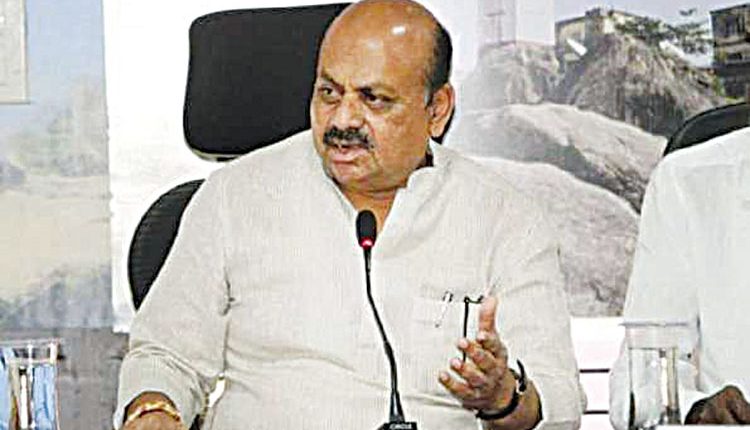 Bengaluru, Oct 29 (Bureau) The Janaadhikaara Sangharsha Parishath (JSP), an anti-corruption NGO, has strongly urged Karnataka Lokayukta Police to file a criminal case against Chief Minister Basavaraj Bommai and his media coordinator for allegations of bribery under the provisions of Prevention of Corruption (Amendment) Act 2018. The alleged corruption charges relate to distribution of sweet boxes containing cash, ranging from Rs 1 lakh to Rs 2.5 lakh, to selected journalists of several media houses in disguise of Diwali gift. “It is alleged that this payment of money as part of Deepawali gift, a sweet box amounts to serious allegations of bribery to gain undue advantage in hiding and hushing up various allegations being published, broadcasted against the government led by Chief Minister of Karnataka. “This amounts to unethical, immoral usage of money by the CM so as to unduly influence the media to work in his government’s favour.”

This is a blatant attempt by the CM to suppress the serious allegations of corruption, bad governance, misappropriation of public funds, mladministration, dereliction of duty, using government machinery to favour the organisations linked to his political party,” JSP Co-President Adarsh Iyer said in a letter to Karnataka Lokayukta ADGP. Such suppression of truth by the CM through “bribing” media reporters will lead to an undue advantage to him and his colleagues and ministers in his cabinet and keep the citizens of the state in the dark, Iyer said. Taking up the issue, Congress sought intervention of the Enforcement Directorate and Income Tax Department into the allegations. “The #40Percent Sarkar seeks to bribe the journalists with 1 Lakh cash! Will Mr. Bommai answer- 1. Isn’t it “bribe” being offered by the CM? 2. What is the source of ?1,00,000?

Has it come from the Public Exchequer or from CM himself? 3. Will ED/IT take note?” Congress general secretary Randeep Singh Surjewala tweeted.Karnataka Congress demanded a judicial inquiry into “Chief Minister’s Office (CMO) ‘sweet box bribe’ to journalists.” “The people of the state should know how much money was given as bribe, how much was received, how much was returned,” it said. In a separate tweet, Karnataka Congress justified their PayCM campaign against Bommai. It said, “Was the bribe given by misusing taxpayers’ money? Is this commission corruption money? “What is the source of this money? How much bribe was paid and what have you received in return? We have not called CM Bommai ‘PayCM’ for no reason. This government accepts bribes and gives bribes. Is all this money through PayCM?”