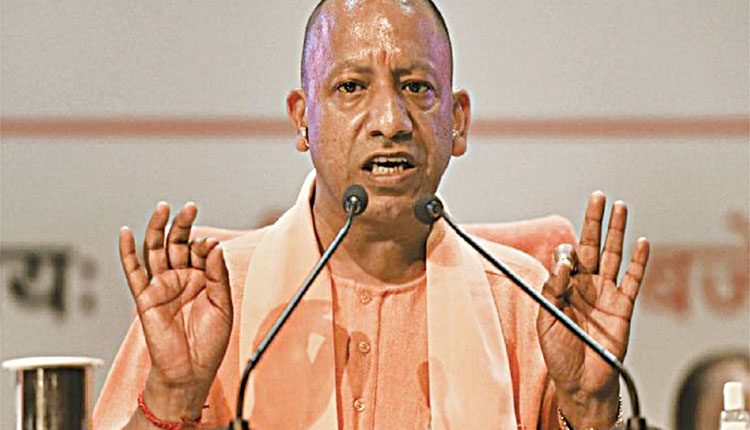 Jangipara, Apr 4 (Bureau) Uttar Pradesh Chief Minister Yogi Adityanath on Sunday said the latest trends indicate the BJP will form the government in West Bengal. Addressing a public meeting here, Mr Adityanath said, “With the formation of BJP government in Bengal, goons of Trinamool Congress (TMC) will meet the same fate like the goons of UP. These goons will be on their knees after poll results.”

“If Didi uses foul language, youths of Bengal will give her a befitting reply,” he said. Mr Adityanath accused the Trinamool Congress of turning Bengal into a land of hooliganism and anarchy. The UP chief minister said, “The kind of hooliganism we are witnessing in Bengal, similar disruption used to happen in Kashmir. Today, in Kashmir, not terrorism but development is on the rise.” Mr Adityanath said Mamata Banerjee has destroyed the atmosphere of the state in the past 10 years.

“Bengal is a land of cultural nationalism. The TMC goons however have turned this into a land of hooliganism and anarchy. The Congress, the Left and the TMC have changed the atmosphere of the state and made the state a victim of their appeasement politics,” he said. Mr Adityanath claimed that the TMC tried banning the Durga Puja two years ago and now “Didi is opposing to Lord Ram” also. “Two years ago, when TMC tried banning Durga Puja here, the Kolkata High Court had called it out saying if Durga Puja can be celebrated in Uttar Pradesh, then why not here? Now, Didi’s government is opposing ‘Lord Ram’ also. She says ‘I hate the word Ram’… It is in the interest of West Bengal and country to get rid of this Ram virodhi, corrupt, hooliganism-supporting TMC government,”the UP chief minister said.