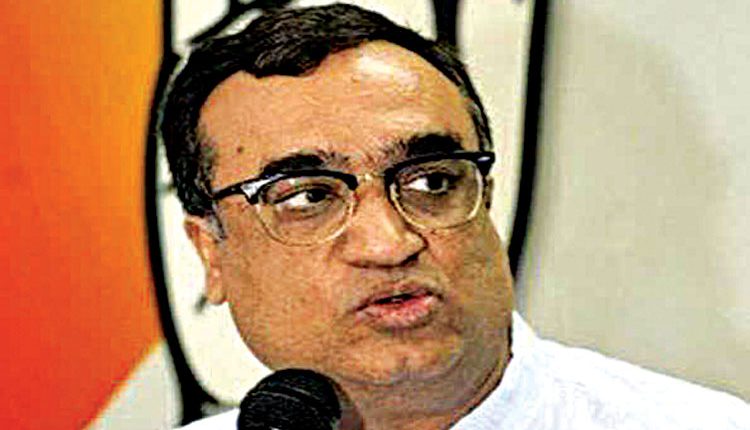 New Delhi, Aug 17 (Agency) Congress on Tuesday rebutted the government’s figure on the oil bond issued by the previous UPA government, saying it exposed the Centre’s intention of not reducing the fuel prices. Addressing a press conference on Tuesday, Party General Secretary, Ajay Maken said, “Spending on Servicing of Oil Bonds is just 3.2 per cent of the tax collection from Petroleum Products. The Real Reason (for petrol price hike) is not Oil Bonds but the reduction in subsidy by 12 times and a three times increase of taxes.” “Since 2014-15 the Modi Govt has spent Rs 73,440 Crore on servicing of Oil Bonds. Against this, they have collected Rs 22.34 lakh Crore through taxes on petroleum products,” he said.

Maken said, in 2020-21 alone, the government’s tax on Petrol-Diesel was Rs 4,53,812 Crore. It is three times more than 2013-14, when the UPA was in power. He said the BJP government has raised Central Taxes on Petrol & Diesel by Rs 23.87 and Rs 28.37 per liter in seven years. He said the official figures of Petroleum Planning and Analysis Cell informs that during the UPA Government, subsidy on Petroleum Products to the tune of Rs. 1,64,387 crores in 2012-13 and Rs. 1,47,025 crore in 2013-14. On the contrary, the present Modi Government drastically reduced this amount year after year to Rs 12,231 crores in 2020-21, he said in a statement. “In the last 15 months, BJP Government had raised petrol and diesel rates by Rs 32.25 and Rs 27.58 per litre respectively,” he said. “The Modi Government should immediately roll back its increase in excise duties, to bring those to the level of excise duties prevailing during the 2014-UPA Government” he demanded.