“EC should rename MCC as Modi Code of Conduct”: Mamata 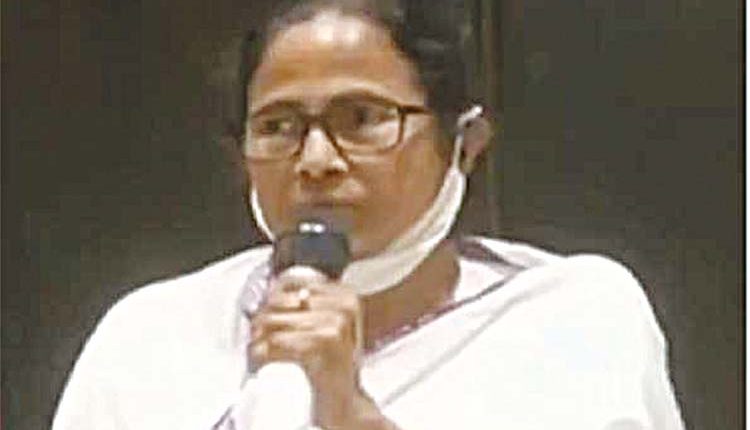 Kolkata, Apr 11 (FN Agency) Irked by the EC’s blanket ban on the politicians from visiting the trouble-torn Cooch Behar district where four youths fell to the bullets on Saturday, West Bengal Chief Minister Mamata Banerjee on Sunday said. “EC should rename MCC as Modi Code of Conduct” as the TMC supremo has to cancel her visit there.

Hours after four youths, aged between 22 to 24, were killed when the central security opened firing in self-defence at a polling booth at Mathabhanga under Sitalkuchi assembly constituency during polling on Saturday, Ms Banerjee had announced to visit there on Sunday. However, the Election Commission of India after studying the reports from the poll observers on Saturday itself announced that no politician could proceed in the trouble-torn Coochbehar for the next 72 hours. Ms Banerjee, who was also scheduled to hold two rallies in the neighbouring district Jalpaiguri on Sunday has rescheduled her itinerary and decided to visit there on the 4th day. “ EC should rename MCC as Modi Code of Conduct,” Ms Banerjee said on her Twitter account.

She further said,” BJP can use all its might but nothing in this world can stop me from being with my people & sharing their pain. They can restrict me from visiting my brothers & sisters in Cooch Behar for 3 days but i will be there on the 4th day!” Ms Banerjee also countered the central forces versions of the shooting incident ‘in self-defence’ in Cooch Behar and had said her government will initiate a CID probe into the incident. “A CID probe will be initiated to find out the circumstances behind the incident,” the CM had said. The poll body also put in place restrictions, including extending the ‘silence period ‘ from 48 hours to 72 hours, for the fifth phase of polling after the violence.

Varanasi on way to become Sanskrit City of the world