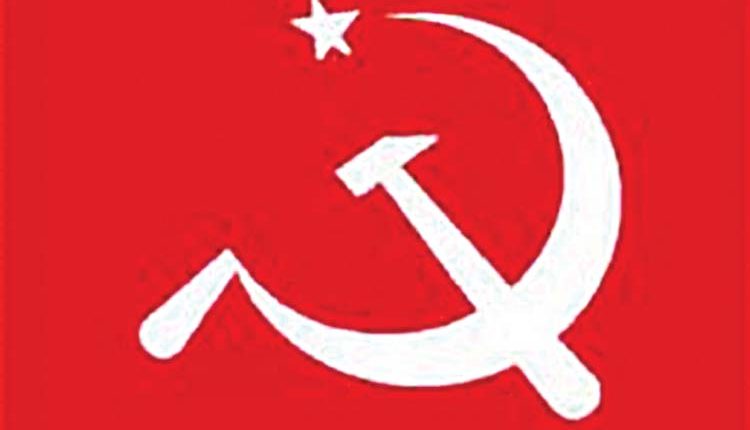 Shimla, Nov 7 (Representative) CPI(M) fighting Assembly Election on total 11 seats in Himachal, on Sunday announced that all its elected MLA in the next Vidhan Sabha wouldn’t claims any salary, pension and allowance till it would not push up Old Pension System and firm policy for outsource employees in the state. Addressing a press conference here, party candidate from Shimla Tekinder Singh Panwar and Senior Counsel in Himachal Pradesh High court Advocate Sanjeev Bhushan said that OPS is big issue in the state assembly elections and if any party could ensure its proper implementation, it is only CPI(M). Tekinder Singh Panwar said that Congress have given guarantee of implementation of OPS but it is important that it get restored in proper prospective and not like 4-9-14 policy. He said that party MLAs who would won the election wouldn’t claim any salary or pensio untill OPS wouldn’t be implement effectively.

He said that change in goverment expected in this election but it is important that such MLA should be elected who could push up the issue till both the popular demand of people get properly redressal. Addressing a press conference Sanjeev Bhushan said that the track record of Congress and BJP was no different on the implementation of New Pension System. He said that there was NDA government in the centre and Virbhadra Singh Goverment in the state when Governmet signed MOU of NPS on May 3 2003 and latter adopted it from back date of two years of MOU. He said that both BJP and Congress played equal role to adopt NPS by alluring Employees then that ten percent deduction would be done from Employees sallery and 17 pc share deduction of Goverment and money after invested in the share market to be refunded after multiplying it may fold.

In 2004 onwards baring CPI(M) or left front government in West Bengal, Kerela and Tripura refused to introduce or signed NPS MOU however in 2014 during Congresss RDF Goverment in Kerela and in 2017 BJP government in Tripura adopted NPS by singing the MOU. Mr Bhushan stated that baring WB all state government have implemented NPS. He said that CPI(M) fought vehementaly to not adopted this anti-employee New Pension Scheme as it is not in favour of Employees at all. He said that a Petition is pending before Himachal Pradesh High court inwhich his client who retired as lecturer was forced to work as vegitable vendor in Kangra district as under NPS Petitioner is entitled to get Rs1100 pension. He said that it is clear indicator of fall out of NPS. He said that Policy of outsourcing employement is like vegitable market as like vegitable tallent and Human resource could be deal making it lucrative business for the middlemen. He said that in 2000 state government appointed computer teacher on the outsource basis who are still working under same exploitive policy and now they are sitting on chain hunger strike for last three months.

Mr Bhushan stated that mere change in goverment not works to adopt OPS and outsource policy in right perspectives without having effective leadership inside the assembly. He gave instance of Assured Career Prohibition Scheme introduce in 2008, under which Employees also deprived of 4 -9-14 . It was CPI(M) that fought against ACPS as revised pay scale of Employees was stopped by erestwhile BJP state Goverment under the pressure of centre. Since there were no MLA of left to press its effective implementation, despite Congress coming in power in 2012 on the promise, couldn’t restore 4-9-14 and subsequent notification made it redundent. He warned that it appears that without having strong leadership in 2022 if Congresss would return in power it would not serve the purpose of OPS till it was not implemented in right perspectives honestly which requires legislator of CPI(M).