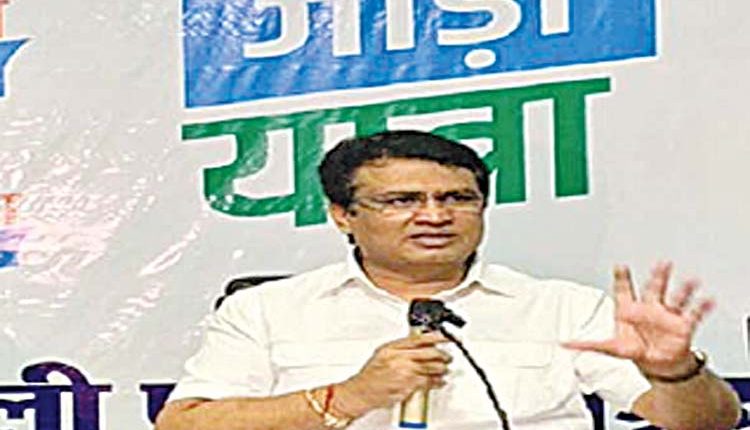 New Delhi, Sep 23 (FN Agency) The Congress on Friday demanded resignation of Delhi Deputy Chief Minister Manish Sisodia for his alleged involvement in corruption. The party which has been attacking Deputy CM after he and several others were booked by the Central Bureau of Investigation (CBI) in alleged liquor scam, has now claimed a toilet complex maintenance scam, alleging Sisodia’s involvement. Addressing a press conference, Delhi Congress president Anil Kumar Chaudhary said, “A Congress delegation had recently met the Lt Governor and brought to his notice the public toilets scam and demanded a probe.”

“The Delhi Urban Shelter Improvement Board (DUSIB) had debarred Sainath Sales and Services Pvt. Ltd for two years on May 10, 2022 for tendering in DUSIB for any work due to not having satisfactory performance in the work for operation, management and maintenance of Jan Suvidha complexes, yet this company was given the contract for the maintenance of toilet complexes in slum areas by Sisodia,” he alleged. Attacking Chief Minister Arvind Kejriwal, the Delhi Congress chief said, “Kejriwal, who would always boast of eradicating corruption, has now become No 1 in corruption in the past eight years of AAP Government in Delhi. He has opened a new Ministry of ‘corruption’ with Sisodia as its head, as he does all the corrupt deals on his behalf. “ “Sisodia who was the kingpin of the liquor and class room construction scams, and now in the toilet maintenance contract scam has lost his credibility. He should resign from the Cabinet forthwith,” Chaudhary said.