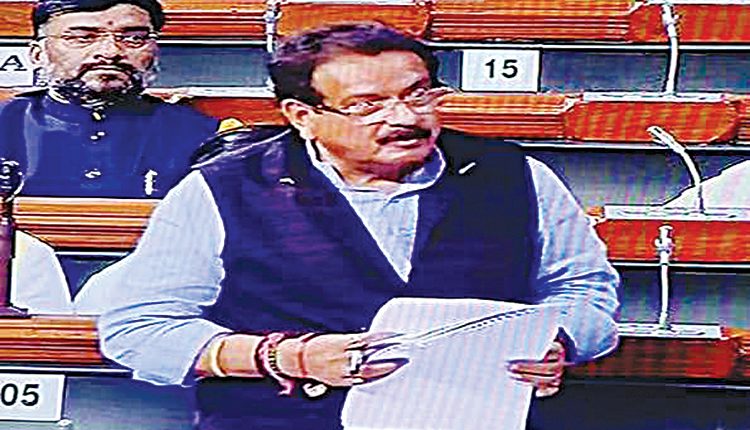 New Delhi, Aug 5 (FN Agency) The government has said that the proposal of compulsory voting is not practical in a country like India with vast and varied geographical locations. Minister of State for Law and Justice, Prof SP Singh Baghel, while replying to the discussion on BJP’s Janardan Singh Sigriwal’s personal bill for compulsory voting in the Lok Sabha, said that the MLA talked about a system of fine of 500 rupees for not voting compulsorily.

Demanding Sigriwal to withdraw the bill, he said that in the present circumstances, it seems less practical for all people to vote compulsorily. The Union Minister said that the NITI Aayog also considered in this regard but it did not accept the recommendation of compulsory voting. The Assembly passed a bill in this regard but later when a petition was filed in this matter, the court rejected the proposal for compulsory voting. The Union Minister said that it is everyone’s right to vote and everyone should vote but making it mandatory at the government level is not practical. Sometimes it is also not appropriate due to geographical conditions. How can voting be made compulsory if it is snowing in states like Jammu and Kashmir, Himachal, Arunachal, Uttarakhand. He said that if compulsory voting is done, then the poor man will have to bear the brunt of it.