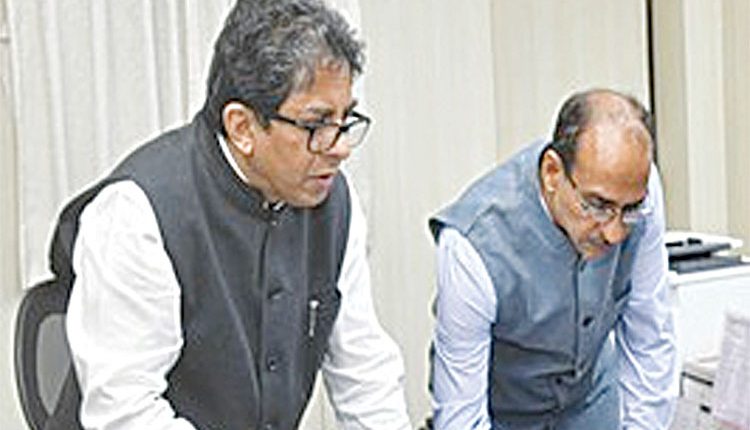 Panaji, May 31 (Agency) The Congress in Goa on Monday took objection to state Chief Minister’s reported statement that the state’s finances were managed prudently. Addressing a press conference, he said,”All the BJP functionaries have mastered the art of Jumlas to create fake feeling of Acche Din. This act of the Chief Minister is part of PR management exercise of failed BJP Government to project a rosy picture after series of failures.”

He said, ”We strongly condemn CM’s self certification exercise, without third Party audit and without providing financial figures. It’s nothing but another Jumla. I dare Chief Minister to provide revised estimates of revenue receipts and expenditure for the last quarter of Jan-March 2021 and actual figures.” Mr Chodankar claimed the borrowings for the year 2020-21 as per RBI were Rs 3,354 Crore as compared to Rs 2,600 Crore of 2019-20. ”In reality the actual borrowings of 2020-21 is over Rs 4,200 Croes which means it has crossed 5 per cent of GSDP, as GSDP for 2020-21 estimated at Rs. 81,502 Cr. This is very bad financial indicator as per RBI norms. The borrowings of Rs. 3,354 Cr of the BJP Government does not include figures of loans taken from NABARD Rs. 250 Cr, Central loan on capital assistance Rs. 97 Cr., Bank of Maharashtra bill discounting of Rs. 410 crores. The worst part is Government has not spent borrowed money on infrastructure but to incur day today revenue expenditures,” he claimed.

”Government has forced autonomous corporations to cough out their savings of nearly 200 crores, this amount was not used for welfare of the people but to run the likes of the govt for day to day revenue expenditure. These coroorations now dont have any back up fund and will have to fall back on the pittiance of the government for day to day survival. This Government has not even spared the SSC & HSSC students examination fees of Rs. 25 Crores which the Board was directed to transfer in government treasury,” he alleged. Mr Chodankar said the Chief minister, who was also finance Minister, to disclose all payments incurred out of Financial Statement for last five months.

”Rs 410 crores payments to contractors were being done from bill exchange system, where contractors are loosing 3.30% on receivables. Our contractors have lost Rs 13.53 Cores to discount bills unnecessarily. This is result of financial mismanagement since the amount actually received to pay for infrastructure is spent on day to day revenue expenditure. The cost of borrowing and long term effect has not been accounted by the failed BJP government,” he said. While reacting to claims made in the report that the percentage of funds utilized over the funds released had improved drastically to more than 96 per cent as against 51 per cent some years back, Mr Chodankar said Central schemes and the utilisation pattern were hand on hand.

Two arrested with 17 kilograms of Ganja in Dumka