BJP will be reduced to a party of 2 pc in Tripura in 2023 polls: Congress 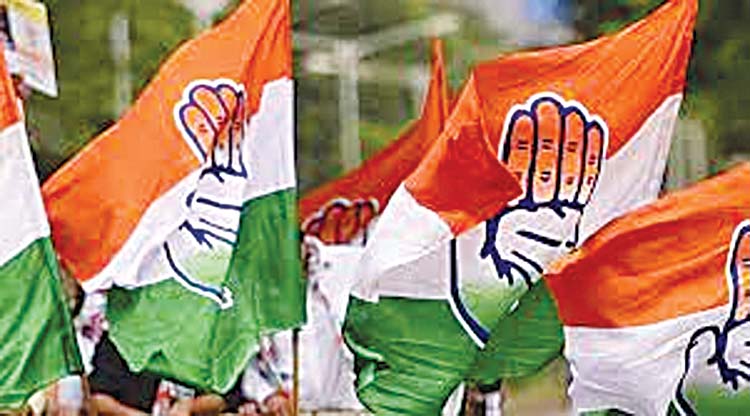 Agartala, Sep 22 (Representative) The ruling BJP and opposition CPI-M and Trinamool Congress on Wednesday received a serious jolt in border town Sonamura of Sepahijala district in West Tripura after a total of 3,162 voters including 1,126 from BJP and 1,320 from Trinamool joined Congress. Earlier, in several places in West Tripura, South, Gomati, Dhalai, North, and Unokoti more than 10,000 local level leaders of various parties had joined Congress in three months, Congress MLA and former BJP minister Sudip Roybarman said on Thursday. “The people were fed up with Communists for 25 years and before 2018 BJP had appeared to be a formidable force for left front and all worked together for the saffron brigade and brought the party to power with 42 per cent vote share from it’s less than two percent stake in electoral politics. In its maiden tenure, it miserably failed and established a corrupt, anti-people and ‘a Gunda’ government, so we shall reduce them to two percent again in 2023,” Roybarman told the media.

The party leaders, including Prime Minister and Home Minister, cheated not only the voters but its alliance partner IPFT with all lucrative and tall promises of 299 commitments. In the last four and half years, the party didn’t even implement two promises properly; instead using public money the ministers and party leaders have been doing personal propaganda and advertisement. The CM on the Prime Minister’s birthday announced to hike the social pension to Rs 2000 from Rs 1000 for over 3.06 lakh beneficiaries but here also, the government lied to the people of Tripura and deprived a large number of genuine beneficiaries and provided the people whom they thought to be voted them in 2023, Roybarman alleged. “The left-front government had been providing social pensions to over 4.41 people of Rs 700 monthly but, since March 2019, BJP led government discontinued the pension for more than 1.35 lakh people and saved a huge fund.

Now, this accumulated fund of last 30 months wouldn’t be spent fully for providing Rs 2000 monthly till March for these 3.06 lakh beneficiaries,” he stated. The MLA further alleged that the drug mafia nexus in the state grew out to be an organized racket because of political sponsorship by the ruling party leaders including ministers, which will be unmasked shortly before the people and added, “We all know who is behind the drug nexus. Nothing is hidden from our eyes. The brother of which minister is the kingpin of the drug paddling and smuggling is an open secret now. Don’t you want these people to be brought to justice?” “The Congress will not leave any stones unturned to defeat the BJP. The Congress is a socialist, secular, and democratic party and the core principles of CPI-M are based on the same lines. I would like to appeal to the CPI-M to come forward and stand beside the Congress party instead of paving way for the fascist power to retain power. It’s a question of survival and development of Tripura,” Roybarman stated.