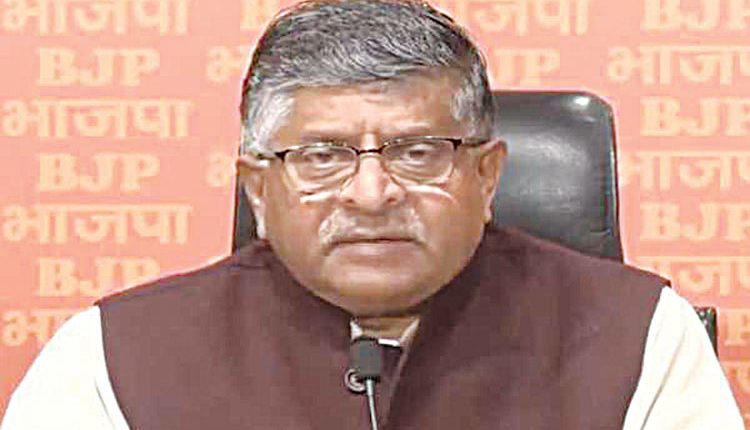 New Delhi Jan 24 (Agency) BJP on Tuesday hit back at Congress leader Rahul Gandhi after he said that the armed forces do not need to prove anything, in an apparent reference to its senior leader Digvijay Singh’s remarks on a surgical strikes and said Congress must clarify its stand on the Army. “I ask Rahul Gandhi, why did it take him years to publicly state that he respected the institution of Armed Forces? The fact is he doesn’t actually do so” said Ravi Shankar Prasad, in a press conference here at party headquarters. Attacking Gandhi for his vacillating stand on armed forces, Prasad cited some of his previous remarks, including a recent comment in Dausa during the Bharat Jodo Yatra questioning the government’s handling of the border standoff with China and claim that the Chinese were “beating up” Indian soldiers. Ravi Shankar Prasad said, “Indian Army is a great asset of the country and we are proud of the tradition, valor and sacrifice of the Indian Army”. “We should respect the Army by rising above politics” he added. Slamming Digvijay Singh for his remarks, Prasad said, “Digvijay Singh made Zakir Naik the ambassador of peace and met the families of the terrorists killed in the Batla House encounter and questioned the encounter”.

“Rahul Gandhi ji, walked thousands of kilometers but he couldn’t teach Digvijay Singh to respect the Indian Army? it is a matter of great shame” he said. Earlier distancing his party from the statement of Digvijay Singh, Rahul Gandhi has said the Congress disagreed with his comments questioning India’s surgical strikes and described the statement as “ridiculous”. “We disagree with Digvijaya Singh’s views. The views of the party are above Digvijaya Singh’s views,” Rahul Gandhi said, responding to reporters’ questions in Jammu on the sidelines of his Bharat Jodo Yatra.

In coming budget should be able to eradicate poverty as well as reduce economic disparity in the country: Dr Kate