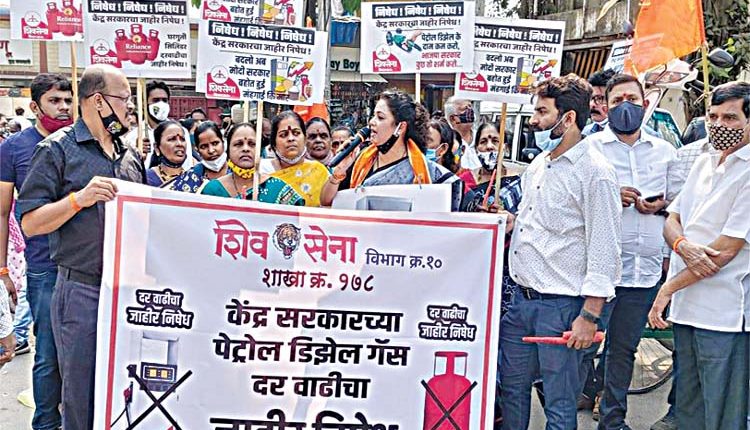 Nagpur, Aug 1 (Agency) A massive protest called by the Congress party against the BJP-led central government’s arbitrary hike in fuel rates across the country on Sunday led to a clash between the political rivals after the protesters were denied entry near the Rashtriya Swayamsevak Sangh (RSS) headquarters here.

During the mass protest at Mahal area of the city, the Congress workers decided to carry protest near RSS headquarters. However, when they tried to approach RSS headquarters, BJP workers opposed them. Owing to which, there was an argument between the two rival parties’ workers. Soon the situation turned tense, forcing senior officials of Nagpur Police to intervene to sort out the issue.

Shahid Kapoor to team up with Vijay Sethupathi for upcoming series