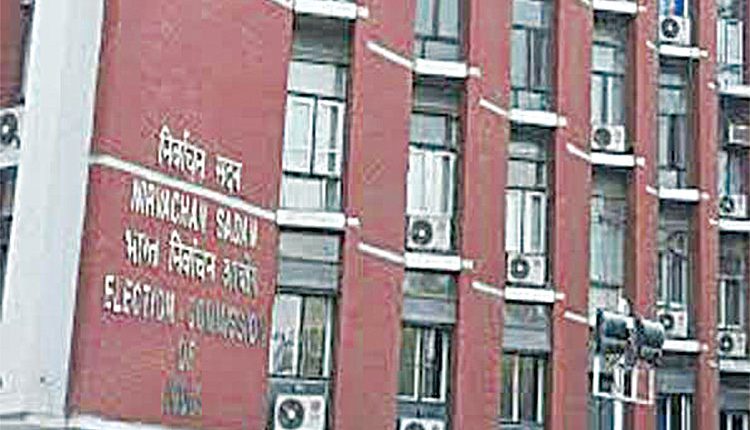 New Delhi, Apr 2 (FN Agency) The Election Commission on Friday suspended a Presiding Officer and three others for carrying an Electronic Voting Machine (EVM) in a vehicle which belonged to a Assam BJP candidate and ordered a repoll at a polling station in Ratabari seat of Assam. “Although the seals of the EVM were found intact, it has nevertheless been decided to do a re-poll at No. 149- Indira MV School of LAC 1 Ratabari(SC) as added precaution. A report has also been sought from the Special Observer,” EC said in a statement.

Furnishing details of the yesterday’s incident in Assam where a BJP candidate’s vehicle was allegedly used to transport EVM’s to the strong room, the Commission said the vehicle which had been allotted by the transport cell of election branch, DC office, to the party carrying the polling party broke down at about 2100 hrs on Thursday. “Due to the traffic congestion and the prevailing weather condition, the party became detached from its convoy…..While the sector officer was arranging for an alternate vehicle, polling party decided to arrange a vehicle of its own so as to reach the Material Receipt Centre faster since they were in custody of polled EVMs,” the statement read.

The Commission further said as the polling party reached Kanaishil in Karimganj at about 2200 hrs, they were surrounded by a mob of about 50 people which started pelting stones at them. “When they asked the leader of the mob, he replied that it was the vehicle of Sri Krishnendu Paul who is a contesting candidate of a neighbouring constituency (Patharkandi LAC-2) and he levelled allegations that the EVM was being taken to be tampered with,” EC said adding that it was only then that the poll party realised that something was amiss and alerted the Sector Officer. However, a larger crowd had gathered by then and the poll party were attacked and held hostage by a mob along with the EVM in the vehicle at 2145 hrs alleging that the EVM was being taken to be tampered with.

Clarifying over the delay in issuing the statement, the poll body said that the first polling officer was missing until the wee hours of this morning as he was hiding in the undergrowth nearby and a search operation was being conducted all night. “This delayed the transmission of this report by a few hours,” the EC said.

Meanwhile, during the course of the stone pelting, SP Karimganj sustained minor injuries on his collarbone and blank firing had to be resorted to disperse the mob. Assam went to the second phase of Assembly polls on Thursday in which a high voter turnout of 76.76 per cent was recorded during the polling.