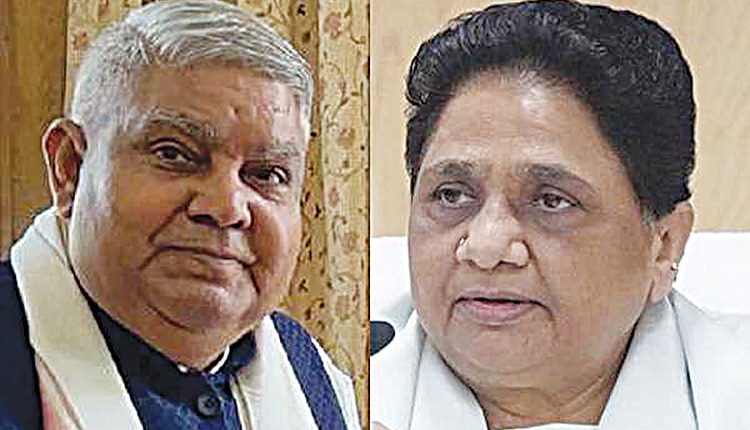 Lucknow, August 3 (Agency) Bahujan Samaj Party(BSP) supremo Mayawati has announced that her party will support NDA candidate Jagdeep Dhankar for the election of the post of Vice President to be held on August 6.In a couple of tweets on Wednesday, Mayawati said that after supporting the NDA candidate for the post of President, now they are announcing the party’s support for NDAs Vice Presidential candidate.