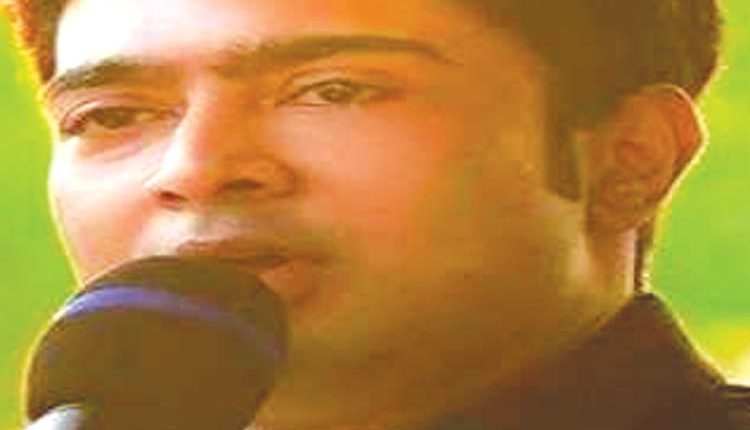 Agartala, Aug 3 (Agency) A tear of suspense rolled down in ruling BJP of Tripura after an open statement by All Indian Trinamool Congress General Secretary and Lok Sabha member Abhishekh Banerjee yesterday that several BJP leaders including ministers and MLAs are in touch with Trinamool congress to end the misrule in the state. Abhishekh clarified to the media in a query, “Not only leaders and MLAs, the most trusted minister of Biplab Kumar Deb who roams around Chief Minister as a shadow has also contacted us. Just wait and see how BJP will diminish in Tripura in the coming days. We don’t want to pull down the government by breaking the ruling party like BJP, it’s a matter of one month to dislodge the BJP government in Tripura.”

The leaders and legislators of other parties have been kept on hold for the time being in Tripura and Trinamool Congress would start the original game after announcing state and district level committee by this month and by this year Trinamool shall have a committee and leader in each of 3324 booths across 60 assembly constituencies, he stated adding that TMC wants to see the faces of BJP in 2023 assembly poll who will join in the fray with a report card.
According to the report, the statement of Trinamool second in command has jerked the ruling BJP and the party has sent two senior leaders including the state in-charge Phanindra Nath Sharma to Tripura for reviewing the situation. Two more leaders are expected to come today or tomorrow to discuss with the leaders and MLAs over the strategies to counter the growth of the Trinamool Congress.

The party senior leaders have reportedly sought urgent reports on the detention of poll strategist Prashant Kishore’s I-PAC team last week and attacks on Abhishekh Banerjee in several places of 60 kilometres stretch between Agartala airport and Mata Tripureswari temple at Udaipur yesterday from the standing rally of BJP, which had given extra mileage to Trinamool and exposed the governance of Biplab Kumar Deb in Tripura.

Trinamool Congress members in both the houses of parliament have raised an attack on Abhishekh Banerjee in Tripura and the mute role of the police. Like previous occasions when Chief Minister Deb had drawn the attention of international media several times for his controversial and absurd comments, the wrong strategies and actions of the ruling BJP and the Tripura government once again hit the headlines of national and international media.The crisis of BJP due to ongoing dissidence against Chief Minister Deb and BJP Tripura Chief Dr Manik Saha has deepened further with the emergence of Trinamool in the state. Officials here confirmed that half of the members of Biplab Deb’s cabinet have not been attending the council of ministers meeting for the last three weeks and the total administration has collapsed completely because of the uncertainty of the existence of the government.

“The total administration has gone under the hand of a few bureaucrats and some contractors who are making money in the process of implementing the development projects. They are not bothering the public interest or development of Tripura rather concentrated on looting out funds through various agencies. We explained everything repeatedly to the top leadership for the last six months. Now, the time has come to exit from the government and party at least to console our inner sense,” said an MLA opposing Biplab Deb’s leadership.
He further stated that one and a half months before BJP’s national general secretary B L Santosh had come here to see the situation and left with an assurance that within two weeks corrective measures would be taken and leadership will be changed but nothing happened yet and there is no indication of any correction for the party and people.

“Very soon we shall take our decision at least to save our career and come out with a clean hand before the voters to explain everything. In 25 yrs under the communist rule we were in opposition people didn’t mind but for three and half years we were MLAs of the ruling party but still couldn’t do anything for the people and contractors are looting out from here, which cannot be tolerated anymore,” the MLA added.