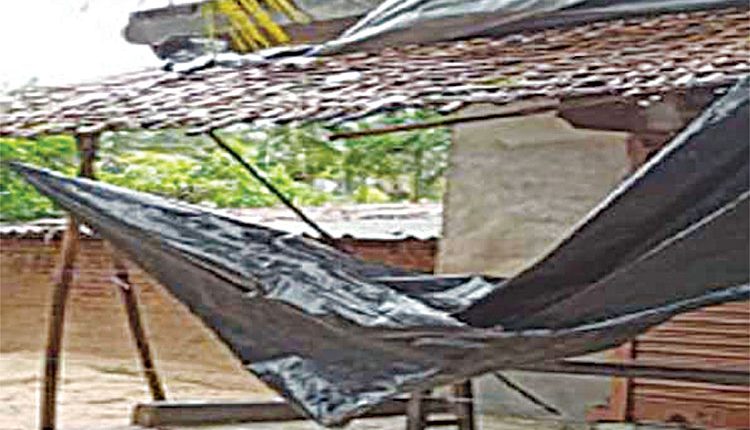 Kolkata, May 26 (FN Agency) Very severe cyclonic storm ‘Yaas” destroyed tens of thousands of mud houses in eastern India on Wednesday, forcing the closure of the busiest regional airport in the city. As a precaution, Netaji Subhas Chandra Bose International Airport (NSCBIA) in the city has closed for operations from 8.30 am to 7.45 pm and no flights will be operating to or from Kolkata, officials said.

The state government has set up a round-the-clock control room in the secretariat annexe to monitor the situation. West Bengal Chief Minister Mamata Banerjee spent the night in the state secretariat, Nabanna reviewing preparations and monitoring the situation on the ground. Ms Banerjee has kept in touch with the magistrates of 20 districts. The chief minister on Wednesday said police, NDRF, Army personnel have been deployed in different places to rescue villagers.

She said Troops were deployed in 10 districts to deal with the situation. About 17 companies have been deployed in North and South 24 Parganas, West Midnapore, Jhargram, Birbhum, Purulia, Burdwan, Howrah, Hooghly and Nadia. Ms Banerjee told reporters that about 20,000 mud houses and temporary shelters had been damaged in the state. She said, “In Midnapore 70 km embankment flooded and in South 24 Parganas at least 15 areas, seawater entered into the villages.” “The people of Nandigram also called me some time ago. They said, in Sonachura and kendamari area already flooded,” the chief minister said.

“Because of high tide with the cyclonic storm, it became havoc in the coastal districts. Already we evacuated 11.5 lakh people and requesting them not to return to their house. As the situation will worsen, we are saying that, please return house only when we will confirm that, no further devastation will happen,” Ms Banerjee said. The chief minister said besides, about 64,000 workers of disaster management, municipality, panchayat, PWD, power, irrigation and agriculture departments have been on duty for the last 24 hours. The government’s target is to prevent casualties. In addition to this, continuous efforts are being made to reduce the damage to public and private property so that it can be repaired quickly. Besides, speed boats, tree felling machines and ambulances have been set up to deal with the disaster. In addition to Nabanna, all municipalities, panchayats, district DM offices have been opened and control has already been evacuated 1.5 million people, she said.