‘Women police personnel would help to maintain law and order’ 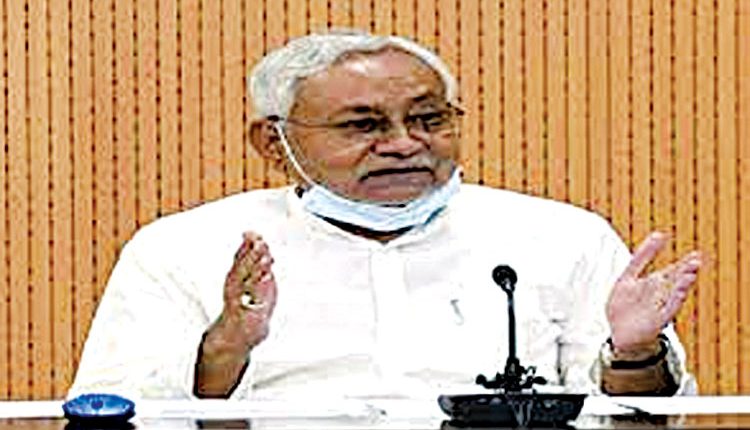 Patna, Aug 26 (FN Agency) Reiterating his commitment for women empowerment, Bihar Chief Minister Nitish Kumar on Thursday said that Bihar has the largest number women in its police force adding that they would play a pivotal role in maintaining law and order at any cost. Addressing the convocation parade of the newly trained sub inspectors ( SI) on 2018 batch at Bihar Police Academy, Mr Kumar said in Rajgir today that 337 women SIs were currently posted in the state and their number would now increase to 596 after the convocation. He said deployment of such huge number of women SIs would prove to be a mile stone towards women empowerment in the state.

Mr Kumar exhorted the newly trained SIs to discharge their responsibilities with utmost sincerity in maintaining peace and harmony in the society. The newly trained 1582 SIs exhibited their skills they were trained for during the training. He said that the training Academy was constructed at Rajgir as the state was devoid of any training institute after division of the state. Outlining the steps taken by the government for women empowerment Mr Kumar said that his government made facility of 50% reservation to the women folk in Panchayat . Apart from this his government also recorded 35% reservation to the women in police recruitment and other government services within the state. Describing the responsibilities of the police Mr Kumar asked the newly trained SIs to strive for maintaining rule of law in the state.

He said for this a system has been developed at police station level. Mr Kumar said the infrastructure and other logistic supports have been provided to the police so that it can perform in better way. The government was also working for deployment of police personnel according to the population he said and asked the police personal to remain vigil against the trouble mongers. During his speech Mr Kumar also spoke about the covid-19 pandemic and appealed to the people to remain alert in view of the possible threat of third wave of the pandemic.