‘We will wait for appointment with PM before taking decision on caste census’ : Nitish 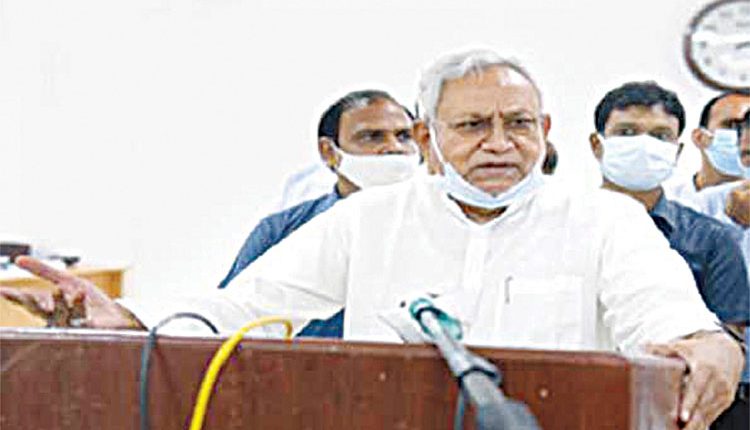 Patna, Aug 16 (FN Agency) Bihar Chief Minister Nitish Kumar on Monday said that he would wait for appointment with Prime Minister to discuss the issue of caste census before taking decision on whether state government would conduct caste census on its own. Mr Kumar, after “ Janata Ke Darbar Mein Mukhya Mantri “ programme organised at CM secretariat premises, told media persons that he had written a letter to Prime Minister Narendra Modi seeking his appointment to discuss on the issue of caste census.

Socio Economic Caste Census (SECC) was conducted separately by the Centre in 2011 but it could not be worth of any use due to large scale errors and irregularities, he pointed out. As it is, Chief Minister Mr Kumar had been demanding strongly caste for caste census since long. The demand got momentum when Centre announced in parliament that there would not be caste census and only enumeration of SCs and STs would be conducted as they were being given reservation in Lok Sabha and state Assemblies. A delegation of opposition parties led by leader of the opposition Tejaswi Prasad Yadav had called on Chief Minister Mr Kumar recently and urged him to write a letter for second appointment with PM for all party delegation from Bihar to request him for reconsideration of the decision of the Centre of not conducting caste census. Mr Kumar had written a letter to PM on August 3 seeking appointment for all party delegation led by him for a discussion on caste census.

No relief in sight from high fuel prices, Sitharaman blames UPA-era oil bonds for it