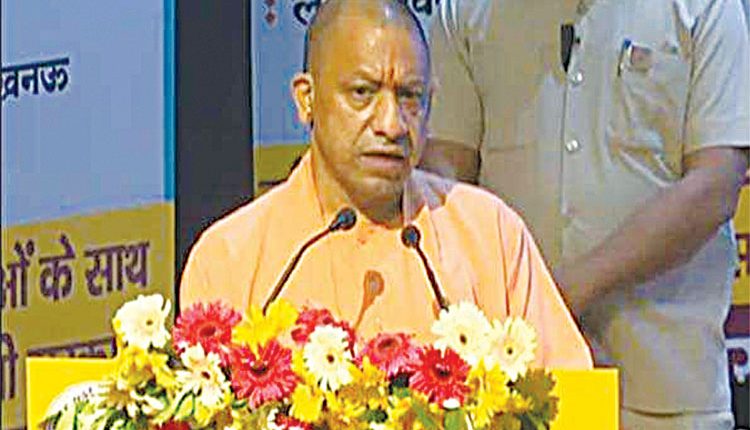 Lucknow, Aug 12(FN Agency) Uttar Pradesh Chief Minister Yogi Adityanath on Thursday claimed that during the past 53 months of his government, more than 4.50 lakh people got employment. The CM was speaking while distributing appointment letters here to 2,846 lecturers and assistant teachers selected through Uttar Pradesh Public Service Commission (UPPSC) under Mission Employment. He said that a teacher should never stop learning. If the students remain in the spirit, then they will become qualified teachers. ‘If you do your work honestly, you will earn the students’ gratitude but if you spoil their future with your carelessness, you will be cursed,’ he said. After many years, the process of selection of teachers has been completed in a transparent manner in the state, he said. The government has made every effort to fill the vacant posts of teachers for four years.

He said that 4.5 lakh teachers have been recruited during the last four years without any recommendation or discrimination. In his address, Mr Adityanath said that before 2017, despite having qualifications, the deserving candidates would not get jobs due to rampant corruption in the system. After 2017, there was a sea change in the selection process and all the deserving candidates got employment. “During these 53 months, the government has provided jobs to four-and-a-half-lakh youths in various departments. All these recruitments were stalled owing to the stay order of the court, due to the dishonesty of the previous governments. After the year 2017, when our government was formed, the problems were solved one by one.’

By the time his government’s term comes to an end, a whopping 5 lakh youths would have been given government jobs, he claimed. The Chief Minister asked the newly appointed teachers to keep themselves abreast of the various developmental schemes of the government. “ If you have information, then students will know, only then will they be able to take advantage of them,” CM said. Accusing the previous governments of corruption in recruitment, he said there used to be misuse of dynasty and casteism. “There will be many of you who must have appeared in many competitive exams. Despite being eligible, you could not get selected due to corruption. Now no one needs any recommendation as the entire process is based on merit. Deputy Chief Minister and Secondary Education Minister Dinesh Sharma, Basic Education Minister Satish Chandra Dwivedi, Minister of State Gulab Devi, Chief Secretary RK Tiwari, Additional Chief Secretary Secondary Education Aradhana Shukla were also present during the event.

India in ‘touch with various stakeholders’ on Afghanistan, top MEA official in Doha for peace talks