Textile industry giving boost to industrialization of UP 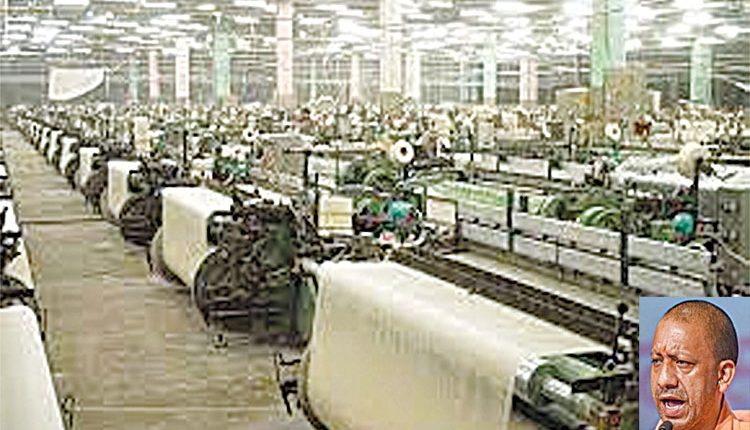 Lucknow, Jun 22 (FN Agency) The investor-friendly policies of the Uttar Pradesh Government led by Chief Minister Yogi Adityanath are attracting a large number of industrialists from diverse sectors to invest in the state and the textile sector is no exception. According to the officials of the Textile Department here on Tuesday, some big names in the Indian textile industry have invested Rs 8715.16 crore in the last four years to set up 66 textile factories in the state. These 66 textile factories, of which 12 have already been set up while construction of 18 others is underway, will provide employment to 5,25,087 people. As many as 18 factories are expected to start production this year itself. Besides, construction of 17 more textile factories is also expected to begin this year. These factories will start production next year.

The officials further pointed out that a total of Rs 645 crore was spent for setting up the 12 textile factories that have become operational. As many as 2,870 people have also got employment in the 12 units. This is the first time in the history of UP when big industrialists are investing so heavily to establish their textile units in UP. The change has been dramatic during Yogi Government compared to the previous governments when industrialists shied away from investing in the state and that too on such a grand scale. Meanwhile, with the establishment of these factories, Kanpur is emerging fast as a major textile hub. Kanpur Plastipack Limited has invested Rs 200 crore rupees in Kanpur (Rural) while RP Poly Packs has invested Rs 150 crore in Rania for the production of poly bags. The GLKK Industries has invested Rs 25 crore in Ruma Kanpur for fabric production while Srishti Industries has set up a knitting factory in Kanpur (Rural). Furthermore, Gadgets Apparel and Anilikha Fabric have established garment and hosiery cloth factories respectively in Kanpur.

Similarly, Rajlakshmi Cotton Mills has set up a garment factory in Noida at the cost of Rs 50 crore apart from one in Kanpur and Kalyani Innerwear has established an inner garment factory in Ghaziabad. TT Limited has established a garment factory at Amroha at the cost of Rs 50 crore whereas Sunwin Textile has set up a lace fabrics factory at Badaun. Shuddh Plus Hygiene Products has set up a sanitary napkin factory in Gorakhpur at the cost of Rs 80 crore and has provided employment for 500 people. Moreover, Jindal Handtex is setting up textile factories at Ghaziabad, Gaurav International at Noida, Vivacity Homes at Noida, Rakesh International and Yuvi Garment at Ghaziabad, Tayal Hosiery Mills at Kanpur, Shivpali Plast at Jaunpur, and Jai Narayan Fabtech at Meerut. By the end of this year, the construction of these factories will be completed and production will start. Apart from this, there are 28 more investment proposals related to setting up of textile factories, whose investors are yet to apply for land. Officials from the department are, however, in touch with these investors and the land deal is likely to be finalised soon for setting up their factories.