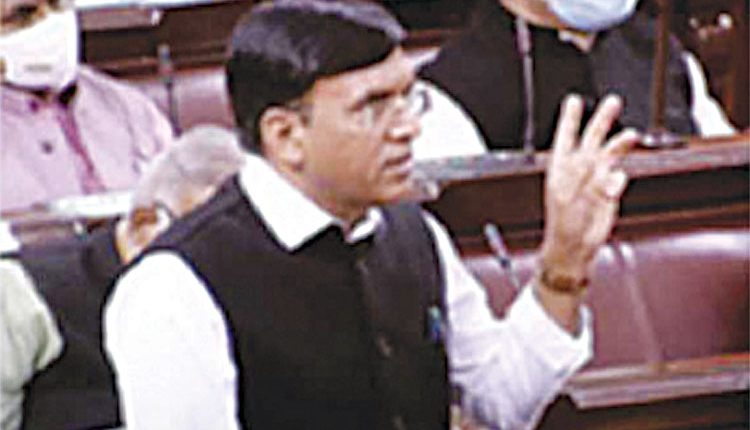 New Delhi, Nov 30 (Representative) The government said in the Rajya Sabha on Tuesday that it is working towards the goal of making India Tuberculosis (TB) free by 2025 and in this endeavour, the third phase of TB vaccine trial was ongoing and it hoped to have the vaccine soon. Union Health and Family Welfare Minister Mansukh Mandaviya gave this information in reply to a supplementary question during the Question Hour. He said there was some decrease in TB testing during the Novel Coronavirus pandemic, but now the situation has become normal again.

Total 18 lakh tests have been carried out so far this year and efforts were being made to spread awareness among the people as well, added the Minister. Mandaviya said the indigenous companies are testing the TB vaccine, adding that the third phase of the trial is going on and on the basis of its report, a decision will be taken regarding its administration. Prime Minister Narendra Modi has set a target of making the country TB free by 2025 and work is going on. An appeal has also been made to the states in this regard and they have been suggested to formulate programmes to control the disease. The Minister informed that two districts of Lakshadweep and Jammu & Kashmir have been declared TB-free. Similarly, efforts were on to make the whole country free from the disease.

‘In Parliamentary democracy, you can shout out, or walk out’: RS Chairman uses rhyming phrases

India’s GDP in Q2 FY22 grows at 8.4% on low base, rise in economic activities