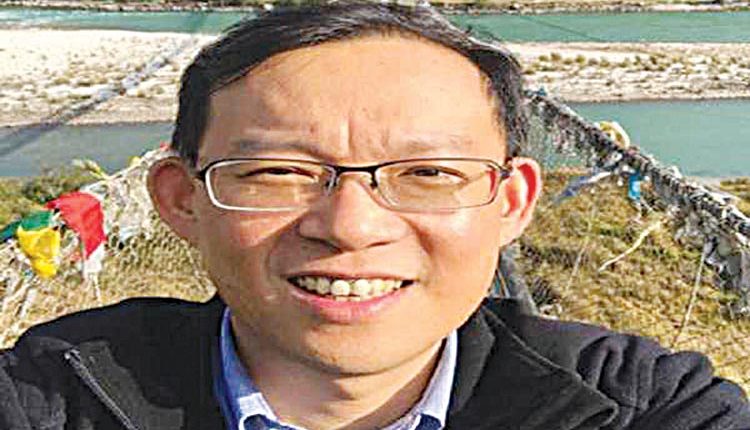 New Delhi, June 22 (Agency) The Indian government must promote subjects like Ayurveda, philosophy and Hindi in Taiwan to attract Taiwanese students to this country, a top official here of Taipei has said. Mumin Chen, Deputy Representative of Taipei Economic and Cultural Center, told UNI that very few Taiwanese students come to India for education because of various reasons, including their lack of knowledge of Indian culture, religions and mostly Hindi language. “I want to encourage Indian universities to consider having joint programmes with Taiwan universities as now many famous universities around the world have joint degrees and joint programmes. However, the Indian government still has some restrictions on this matter,” he said. “As of now very few Taiwanese students come to India because education here takes a very long time.

Also, the post-graduate programmes are very tough.” He suggested that to attract Taiwanese students to India, “the government should promote subjects like Ayurveda, philosophy, Hindi”. “I will say that the first step is that the (government) could set up some kind of programme or centres in Taiwan. You need to sponsor your scholars to study in Taiwan to introduce Indian culture, religion and society. Then the Taiwanese get familiar with this subject. “In Taiwan nobody can speak Hindi as there is no India study programme or Hindi department in Taiwan universities.” Only with basic knowledge about India can the Taiwanese students come to India to learn Indian dancing, he added. Speaking on India-Taiwan relations, the envoy said: “India-Taiwan relations have been flourishing since 1995. One can see the bilateral relations from different perspectives. Politically, the Indian government still insists on ‘One China’ policy, as such there is no Taiwan Embassy but our office here is called Taipei Economic Cultural Centre and the India office in Taiwan is called India Taipei Association.”

Taiwan’s exports to India amounted to $4.52 billion, consisting mainly of primarily of plastics, electronic integrated circuits, organic chemicals, electrical machinery, iron and steel. Taiwanese companies and Indian companies are trying to explore each other’s markets, Chen said, adding: “Since Taiwan and India are important bilateral trading partners, both sides have been vigorously working on and discussing mutually beneficial measures to expand bilateral trade based on the MoU signed between TAITRA and ITPO in 2018. “India is an ideal business location due to the abundant workforce with high-tech talents. The main sectors of Taiwan’s investment include smartphones, electronics, auto parts, textiles and machinery. “Currently, Taiwan is undertaking several investment projects in India such as the Technology and Innovation International Park (TIIP) project of Century Development Corporation.”