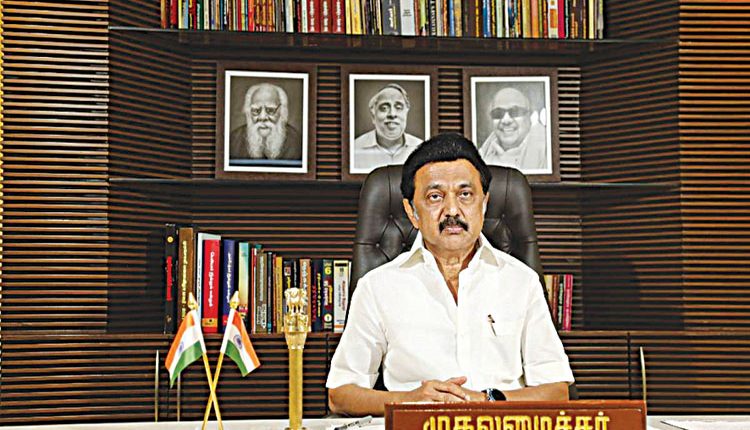 Chennai/Colombo, Jan 25 (FN Agency) Tamil Nadu Chief Minister MK Stalin has in a letter urged Prime Minister Narendra Modi to register India’s disapproval in the strongest terms, and to prevail upon the Sri Lankan government to recall an advertisement for auctioning of the seized boats of Tamil Nadu fishermen. In a tweet, the Chief Minister said: “I have urged Hon’ble @PMOIndia to register GOI’s disapproval in the strongest possible terms at the appropriate level and to prevail upon the Sri Lankan Govt to recall the advertisement published for auctioning the TN fishing boats on which they do not have any legal rights.” The move comes as the Sri Lankan government’s department of fisheries and aquatic resources issued an advertisements in Sri Lankan newspapers for the public auctioning of over 100 seized boats in February. The boats had been seized by the Sri Lankan navy while while arresting Tamil Nadu fishermen for allegedly crossing the International Maritime Boundary Line (IMBL) and venturing into Sri Lankan waters.

In a letter, the Tamil Nadu CM said the 105 fishing boats belonging to the fishermen of Tamil Nadu are in the custody of Sri Lankan authorities and are slated to be auctioned between February 7 to 11, 2022. He said “This unfortunate development has come at a time when the Indo-Srl Lankan Joint Working Group on Fisheries Is due to meet again shortly”. He said the action by the Sri Lankan government has “created alarm and distrust among the Tamil Nadu fishermen who have come forward with an accommodative frame of mind to find an amicable solution to this long pending Issue”. He said that earlier, the Ministry of External Affairs had requested the Tamil government to send a technical team to finalize the process and modalities for disposal of 125 unsalvageable Tamil Nadu fishing boats berthed in various harbours of Sri Lanka. His government had issued orders for deputing officials and stakeholders from Tamil Nadu to inspect and oversee the disposal of the unsalvageable fishing boats and to transfer the sale proceeds to their owners in India. He said the schedule of the visit of officials to Sri Lanka for the purpose was also communicated to the Ministry of External Affairs.

“While such positive Initiatives are being taken, there are reports that the Department of Fisheries and Aquatic Resources, Government of Sri Lanka, has issued advertisements in Newspapers calling tenders for auction of Tamil Nadu fishing boats berthed In various Sri Lankan harbours.” He slammed the “tearing hurry” to conduct an auction without consultations, which is “bound to derail the efforts of the Indian High Commission and the Government of Tamil Nadu aimed at providing some succour to the poor fishermen who have lost their means of livelihood”.

Stalin also said that these unsalvageable fishing boats were released by various Sri Lankan Courts following due judicial procedure. “I strongly urge the Government of India to register Its disapproval in the strongest possible terms at the appropriate level and to prevail upon the Sri Lankan Government to recall the advertisement” for auctioning the Tamil Nadu fishing boats “on which they do not have any legal rights”. He also requested the Government of India to continue the efforts for the transparent disposal of 125 Tamil Nadu boats that were apprehended before 2018. “It is also requested to ensure the early release of 75 boats and fishing gears apprehended after 2018 by the Sri Lankan Navy.” His letter comes as a Sri Lankan court on Tuesday released the remaining 56 Tamil Nadu fishermen who were detained last month for allegedly fishing in Sri Lankan waters.