‘Spirit of democracy and global cooperation is need of the hour’ 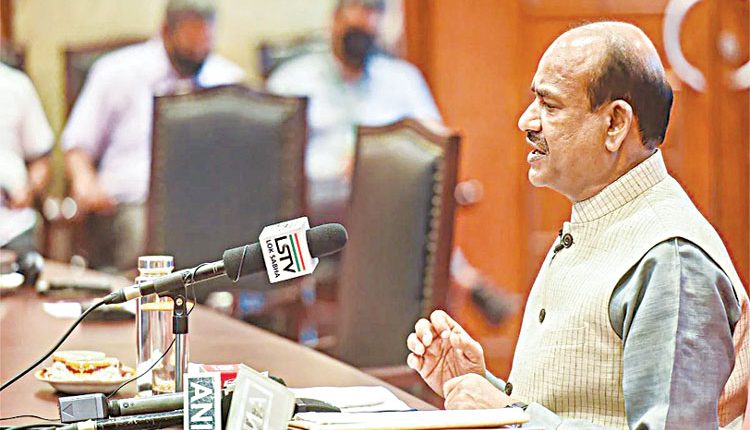 Solan, Aug 19 (FN Representative) The world is currently facing some unprecedented challenges and the sustainable solutions for them can only be found if global leaders engage in the true spirit of democracy and global cooperation. This was stated by Lok Sabha Speaker Om Birla in his concluding speech at the three day-long Sanawar Model United Nations (SNAMUN’21) online conference hosted by the Lawrence School, Sanawar. Gracing the occasion as the chief guest, Birla applauded the organisers of the conference and further observed, “It is of utmost importance to educate our youth about the functioning of international organisations so that students develop a comprehensive view on international issues.” The conference that witnessed nearly 400 delegates representing 38 schools including four from abroad concluded with resounding success. This year marks the 4th edition of SNAMUN which has become one of the most sought-after events among the top schools of the country as it provides a platform for young students to research, debate and deliberate on global issues of immense importance.

The host school, The Lawrence school Sanawar was awarded with “The Best delegation award”, however keeping up with the past tradition, the trophy of “The Best delegation award” was handed over to the Runners-Up school Modern School Barakhambha, New Delhi. Dia Atal of class X from the host school bagged the best delegate award. The theme of the SNAMUN 2021 conference was “Non progredi est regredi” meaning “Not moving forward is to move backward” and over the last three days delegates spread out in ten various committees spoke their mind on the carefully drafted agenda. The other dignitaries present on the occasion were Major General Kulpreet Singh (retd) and Mr Yash Saxena, the deputy headmaster of the school. While General Kulpreet reiterated the important role of United Nations in coordinating global efforts towards achieving Sustainable Development Goals by 2030. Yash Saxena articulated the increasing role of India in global polity.