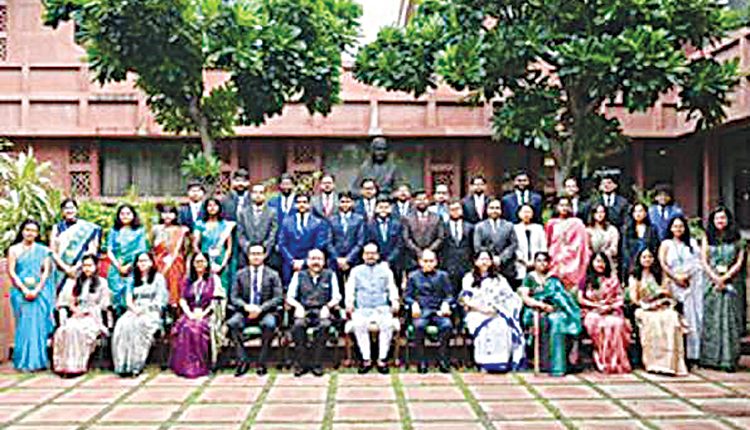 New Delhi, Aug 4 (Agency) Lok Sabha Speaker Om Birla on Thursday emphasized on the use of ‘soft power’ in diplomacy, and asked trainee foreign services officers to be aware of movies and other attributes of Indian culture in pursuit of goals of foreign policy. He was speaking after inaugurating an Appreciation Course in Parliamentary Practices and Procedures for Officer Trainees of Indian Foreign Service and Royal Bhutan Foreign Service. Speaking at the event, Birla said the global situation today is extremely challenging. “In such a situation, we have a special responsibility to make all possible efforts to protect the national interest,” he said.

Speaking about the responsibilities of diplomats, Birla said that they should always put national interest above everything. He further observed that diplomats should understand the worth of language, Indian movies and other attributes of Indian culture in pursuit of goals of foreign policy. Referring to India’s “growing power” across the world, Birla said that the world trusts India because it has always given the world the message of peace, non-violence and co-existence. “The objective of establishing international peace and security has also been laid in the Directive Principles of Policy of our Constitution. The principle of maintaining just and respectful relations with other nations is our constitutional principle,” he said. “The world trusts us because we have earned this trust by helping the countries of the world in difficult times. India is emerging as a major power in the world today. Our soft power has a big role in this efforts,” he added.