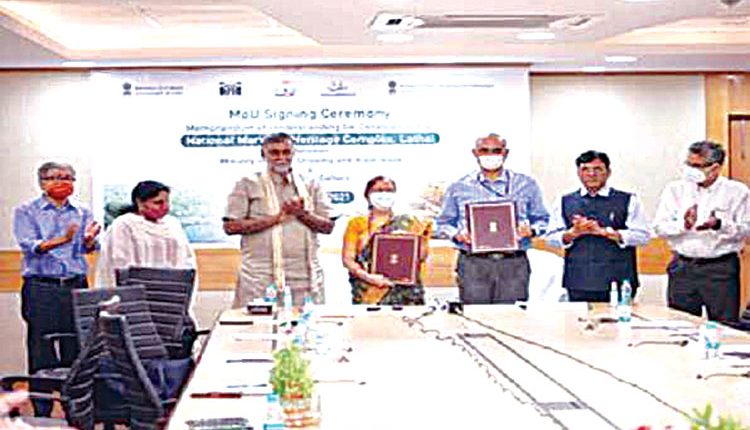 New Delhi, Jun 16 (FN Bureau) Union Ministry of Ports, Shipping and Waterways (MoPSW) and Ministry of Culture (MoC) on Wednesday signed a Memorandum of Understanding (MoU) for ‘Cooperation in Development of National Maritime Heritage Complex (NMHC) at Lothal, Gujarat. Speaking on the occasion, the Shipping Minister Mansukh Mandaviya said that NMHC is to be developed as a first of its kind in the country dedicated to the legacy of Maritime Heritage of India, to showcase India’s rich and diverse maritime glory. He said that the signing of MoU and cooperation with the Ministry of Culture would facilitate to exhibit both the robust maritime history and vibrant coastal tradition of our country in one place and would uplift the image of India’s Maritime Heritage in the international forum.

The Union Minister for Culture Prahlad Singh Patel said that it was a need of the hour to put this treasure together at one place. This MoU and the museum will play a big role in highlighting the cultural heritage of the country. We are able to bring out and convey the greatness of our cultural heritage to the world through museums, he added. National Maritime Heritage Complex, a world-class facility is to be developed in the vicinity of the ASI site of Lothal, located about 80 kms away from Ahmedabad, Gujarat and would be developed as an international tourist destination where the maritime heritage of India from ancient to modern times would be showcased along with the latest technology would be adopted to spread awareness about India’s maritime heritage.