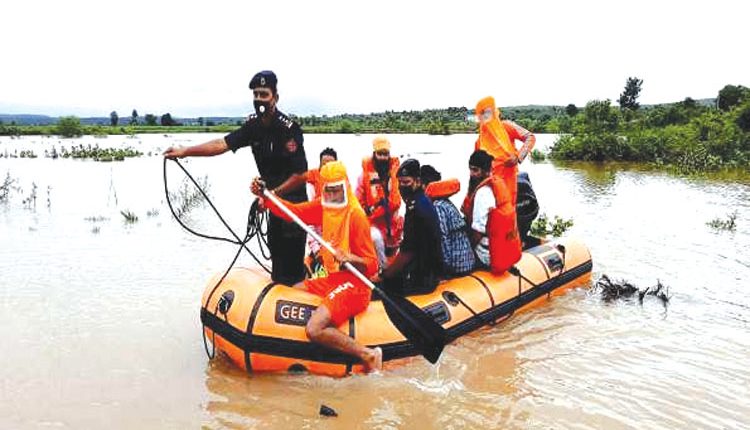 New Delhi, Aug 4 (FN Agency) As floods ravaged parts of the state, Union Home Minister Amit Shah on Wednesday talked to Madhya Pradesh Chief Minister Shivraj Singh Chouhan and assured him all possible help from the Center. In a tweet, Mr Shah said he talked to Mr Chouhan about the floods caused by heavy rains. He said the union government is providing full support in the relief work. “Modi government is standing with the people of the state in this difficult time,” he added. Mr Chouhan also took to twitter to share the information about the ongoing relief work.

The Chief Minister said operations were carried out through the night and several people were rescued. He said around 1000 people were rescued from the flood-affected villages in Sheopur. Around 30 villages are affected due to flood. Operations are on to rescue 1000 people trapped in Jwalapur, Bheravada, Mewara and Jatkheda villages. From the affected villages in Datiya, around 1100 people have been evacuated, the Chief Minister added. Around 1,171 villages in Madhya Pradesh have been affected by heavy rains and floods in Parvati, Kuno and Sindh rivers in Shivpuri, Sheopur, Datia and Gwalior district. Over 200 villages in Shivpuri and Sheopur districts are badly hit by heavy rains and floods.

■ The Disruptors:
Taking a New Spin on Offshore Software Development