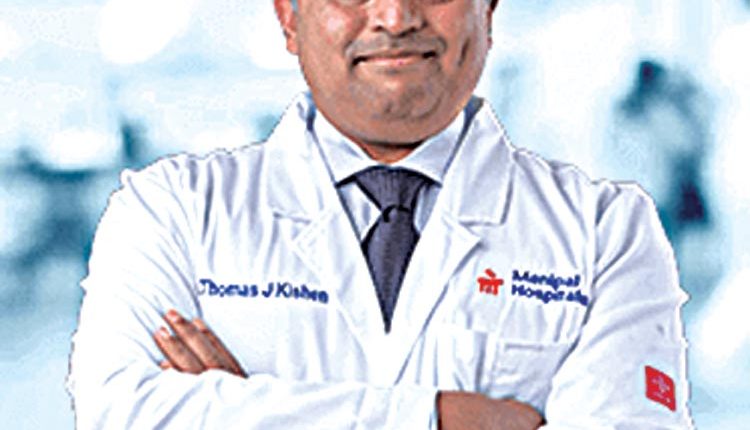 Kolkata, June 22 (Agency) Scoliosis is treatable but non-preventable, according to Dr. Thomas Joseph Kishen. Manipal Hospitals Bangalore, riding on the success of performing breakthrough spine surgeries, organized an awareness session on “Different Types of Scoliosis and Symptoms & Effects” with Dr Kishen, Consultant – Spine Surgery & Spine Care at Manipal Hospitals Bangalore. The awareness session was organized at Manipal Hospitals Outreach Clinic in Kolkata. It was aimed at creating awareness on before and after the Scoliosis Surgery condition and what are the effects on the health condition of a human being. Dr Kishen also discussed about different types Scoliosis, which is a lateral curvature in the normally straight vertical line of the spine, like Congenital Scoliosis, Neuromuscular Scoliosis, Degenerative Scoliosis and Idiopathic Scoliosis along with focusing on the current cases related to scoliosis and patients travelling from Kolkata, North Eastern part of India to Manipal Hospitals Bangalore. Scoliosis, a sideways curvature of the spine, is a medical condition in which a person’s spine has a sideways curve. The curve is usually “S” or “C” shaped.

In some people, the degree of curve is stable, while in others, it increases over time. The normal shape of a person’s spine includes a curve at the top of the shoulder and a curve at the lower back. If your spine is curved from side to side or in an “S” or “C” shape, you might have scoliosis. Dr Kishen, said, “Scoliosis is a condition that causes the spine to curve sideways. There are different types of scoliosis that affect children and adults. The most common type is “idiopathic,” which means the exact cause is not known. Bending of straight spine leads to scoliosis. Mild scoliosis does not typically cause problems, but more severe cases can affect breathing and movement.” “Pain is usually present in adults, and can worsen with age. It can be treated by Observation, Bracing and Operation process which is also called Triple O formula instead of any medication process. Scoliosis is treatable but it is non-preventable.”