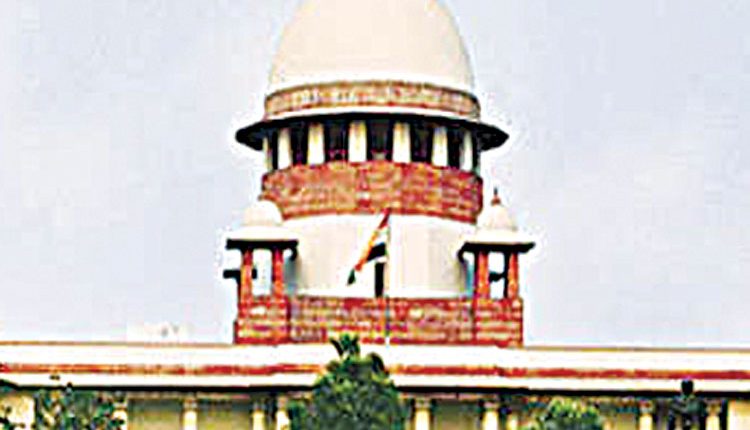 New Delhi, Apr 9 (FN Bureau) The Supreme Court on Friday refused to entertain a Public Interest Litigation (PIL) filed by a BJP leader seeking directions to the Central and the State Governments to control black magic, superstition, and forceful religious conversions, maintaining that a person above the age of 18 years is free to choose a religion of his or her choice. An Apex Court bench headed by Justice Rohinton Fali Nariman observed that there was no reason in the PIL that why a person above 18 cannot choose his or her religion.

“There is a reason why the word propagates is there in Indian Constitution,” said Justice Nariman referring to Article 25. After the top court refused to entertain his plea, the Bharatiya Janata Party leader and Advocate Ashwini Kumar Upadhyay said he will now approach the Law Ministry and Law Commission for the enactment of laws to redress his grievances. The petition contended that the religious conversion by intimidating, threatening, deceivingly luring through gifts and monetary benefits not only offends Articles 14, 21, 25 but is also against the principles of secularism, which is an integral part of the basic structure of the Constitution. Mr Upadhyay also alleged that the Centre and States have failed to control the menace of black magic, superstition, and deceitful religious conversion, though it’s their duty under Article 51A.

Seeking a law on the subject matter with a minimum imprisonment of 3 years that may extend up to 10 years and a hefty fine, the petitioner also urged the Centre to empower the National Human Rights Commission to deal with the affairs of religious groups and keep a check by carrying out an in-depth analysis of religious discrimination among them. The petitioner claimed that the situation is alarming as many individuals and organizations are carrying mass conversions of SC-STs in rural areas. “The mass religious conversion of socially and economically underprivileged people, particularly the Scheduled Castes and Scheduled Tribes community is on a steep rise for the last two decades”, the plea contended. These organizations operate very smoothly targeting the socially and economically underprivileged sections particularly belonging to the SC-ST community, the petitioner stated.