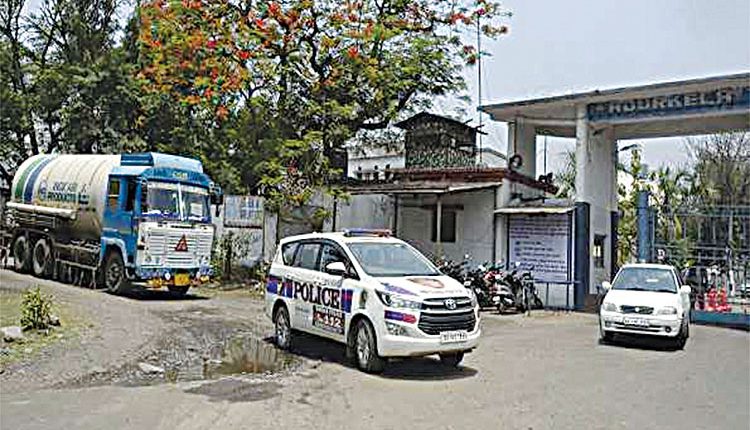 Bhubaneswar, May 9 (FN Representative) Rourkela Steel Plant (RSP) has registered the highest single-day dispatch of 474.16 tonnes of Liquid Medical Oxygen (LMO) to Odisha and other states of the country on May 7 last. This includes 72.33 tonnes of LMO sent to Haryana by the Oxygen Express operated by Indian Railways, according to a RSP release. The surge in COVID cases in the country has resulted in a sudden increase in the requirement of medical grade oxygen, i.e. liquid medical oxygen (LMO).

Responding to the need of the current demand of LMO, Rourkela Steel Plant (RSP) has geared up its oxygen making units to maximize the production and dispatch of LMO to different parts of the country. RSP sources said in the first seven days of May-2021, 2405 tonnes of LMO has been supplied from RSP to different states including Odisha. Since April-2021, more than 5282 tonnes of LMO have been dispatched from RSP. The RSP has been working closely with the authorities and making every possible effort for the efficient and smooth loading as well as the dispatch of LMO.

The Steel Plant has mobilized all the resources for optimizing the production, quick refilling and dispatch of the precious ingredient. The spirited employees working in Oxygen Plants inside RSP have been working round the clock to maximize production as well as supply of LMO and have extended useful support to the health care system of the country.