Remain steadfast in your resolve to fight for right cause 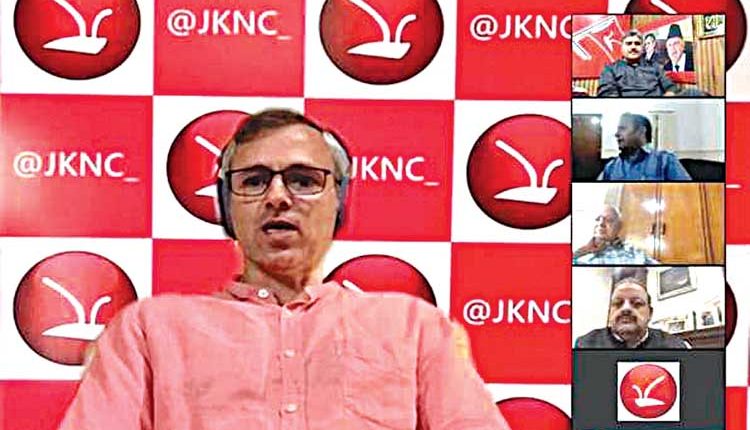 Jammu, June 8 (FN Agency) Former Chief Minister and National Conference Vice President Omar Abdullah on Tuesday urged the party cadre to remain steadfast in their resolve to fight for the right cause. Addressing a day-long virtual meet, Mr Abdullah asked party functionaries to review the party’s membership distribution process in Jammu Province and said, “this has been a proud legacy of the National Conference.”

He stressed the need of further strengthening the party at the grass-roots level by launching a door to door campaign and to prepare the people for meeting the challenges faced in Jammu and Kashmir. Mr Abdullah said the mobilization by the cadre during the elections for District Development Councils proved that the National Conference is a force to reckon with. He joined the cadre in paying tribute to colleagues who died due to COVID-19 in the past one year and also expressed concern over management of the pandemic while referring to more deaths in the Jammu region. He asked where were the BJP leaders who “could not rise to the occasion” and bring respite to the suffering people.

He said the National Conference has, is and will remain in the forefront to seek justice for the people of all the regions and the sub-regions. “Public interest is sacrosanct for us”, he said and urged the cadre to articulate the problems of the people for seeking there redressal. Earlier, a two-minute silence was observed in memory of the senior National Conference leaders and all those who fell prey to the virus.