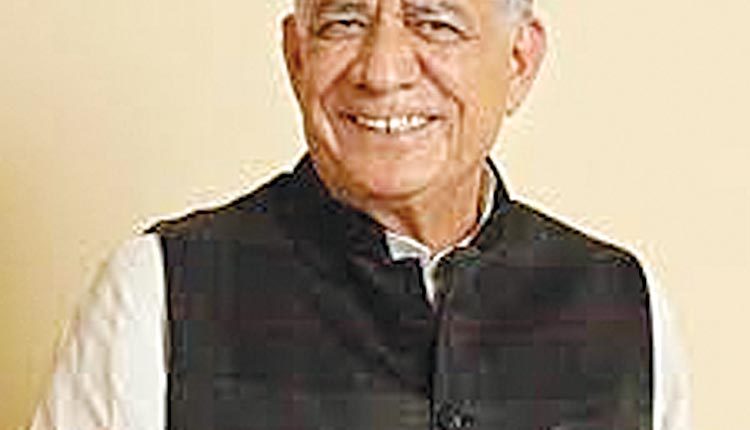 When we talk about coming together, we should not speak ill about other religions. Dharma does not mean only religion, but it also includes humanity and our duties. All global spiritual and religious leaders should come together and work for mankind as pure human beings.” D. Todd Christofferson said, “We do not worship Joseph Smith as God but we revere him as a Prophet for the revelations he brought upon. Sufferings made him compassionate and tolerant and he felt empathy for the poor and downtrodden. We are glad that his statue has been unveiled in the World Peace Dome.” King Husein said, “Among all the principles taught by Prophet Joseph Smith, he also advocated the right of human beings to ‘Right to Worship’ according to dictates of our own conscience. He also encouraged self-reliance.” David Huntsman said, “Prophet Joseph Smith was promoter of love and restorer of truth. He talked about hope, faith and charity for all brothers and sisters. It is our obligation to serve the poor, needy and inflicted people.” Kevin Worthen said, “Prophet Joseph Smith greatly valued education. Knowledge is means to eternal education and not just limited to theology. Study and faith reinforce each other and hence we should acquire knowledge to develop our character to become God-like. We must educate our minds because the more we know the better we can serve.” Bhikkhu Sanghasena said, “World leaders have failed to stopping war and it is now the responsibility of global religious leaders to bring out more understanding.

The world needs peace and harmony urgently. Different religions are like different flowers, all contributing to beauty. We are members of one family, a global family.” Dr Priyankar Upadhyaya said, “In honouring Prophet Joseph Smith we are honouring the ethos of intercultural peace and harmony. For many years, religion has been a taboo on international forums. But now we have a growing realisation that we must take religion more seriously. We must realise the potential of interreligious confluence.” Vishwanath D Karad said, “Rishis and saints think about soul and mind. There is a misunderstanding that spirituality means blind faith or superstitions. All religions speak the same words of wisdom and the absolute right path can be shown through universal value-based education system.” Rahul V Karad said, “Despite several challenges, huge population and limited resources, Bharat is growing strong and progressing due to our ‘Sanatan Parampara.’ We must eliminate the enemies of democracy to evolve further. Like Prophet Joseph Smith statue has been unveiled in Bharat, I also appeal to other religious leaders and organisations to unveil a statue of Lord Rama in the US which will help us increase harmony in people. In future we must come closer and do some great work.” Dr. Mangesh T. Karad expressed his concluding remarks while Prof. Milind Patre shared the World Peace Meditation experience. Dr. R. M. Chitnis expressed the vote of thanks. Dr. Gautam Bapat compered the session.