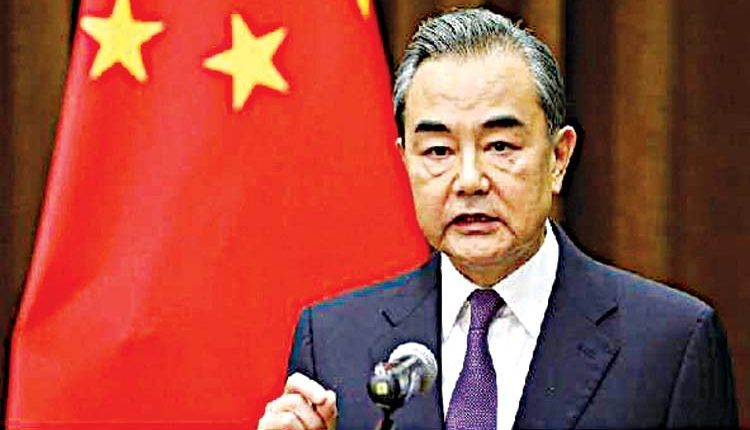 New Delhi, Jul 15 (FN Bureau) Chinese State Councilor and Foreign Minister Wang Yi has said that his country is not to be blamed for the border crisis and it is ready for a mutually acceptable solution with India, according to state-run Xinhua news agency. Xinhua said Wang made the remarks on Wednesday during a meeting with External Affairs Minister Subrahmanyam Jaishankar in Dushanbe. In a report from the Tajikistan capital, Xinhua said the Chinese foreign minister pointed out that the truth of the China-India border issues last year is clear, and China is not to be blamed.

China is ready to seek a mutually acceptable solution to the issues that require emergency treatment through negotiation and consultation with the Indian side, Wang said. He underscored the significance of consolidating the results of disengagement between the militaries of the two countries, refraining from taking any unilateral actions in the sensitive disputed areas and avoiding the recurrence of the situation resulting from misunderstanding and miscalculation. Wang said that the two countries need to take a long-term view and prevent border-related incidents from causing unnecessary disruptions to bilateral relations. He noted that since the foreign ministers of the two countries met in Moscow last September, the frontline troops of the two militaries have got disengaged at the Galwan Valley and the Pangong Tso Lake area, and the situation in the China-India border area has generally been easing.

However, China-India relations are still at a low point, which serves no one’s interests, he added. Wang stressed that China’s strategic judgment of the bilateral relations remains unchanged, adding that neither country should be a threat to each other, but an opportunity for each other’s development, and China and India are partners, not rivals, let alone enemies. At present, he added, China and India shoulder more important responsibilities than ever for peace and prosperity in their respective respective regions and the world at large, and should attach greater importance to the common strategic interests and deliver more benefits to the two peoples. For his part, Jaishankar said that as two major developing countries, the two sides have much in common and should strengthen cooperation in many areas.

According to Xinhua, Jaishankar said the Indian side has not and does not want to change its strategic judgment of India-China relations and is willing to work with China to push bilateral relations out of the trough. He added that India and China should find a solution to the boundary issue that serves the interests of both countries through dialogue and consultation. Both sides believe that bilateral relations should be lifted out of the current low level as soon as possible, so as to ensure their development in a sound and steady manner, Jaishankar said. The two foreign ministers agreed that both countries should strengthen their consultations on border issues through existing mechanisms, consolidate the results already achieved, and strive to shift from emergency response to normal management and control, in a bid to jointly safeguard peace and tranquility in the border areas, Xinhua said.