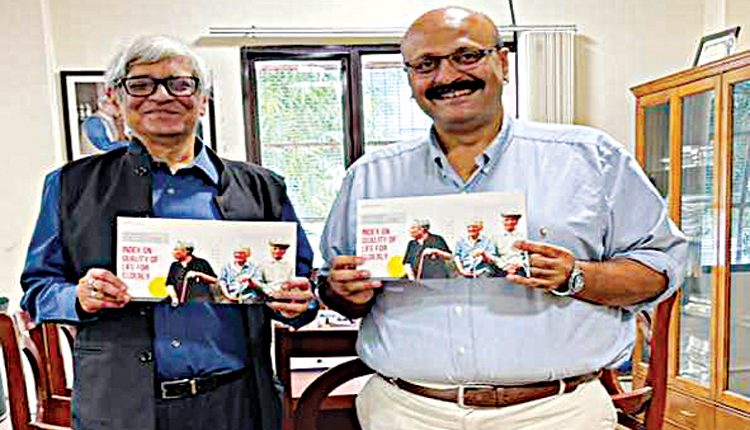 New Delhi, Aug 12 (FN Agency) Governments should consider increasing the retirement age, skill building and introducing Universal Pension Income in Aspiration District Programme districts, among others, suggests a new report to improve the quality of life of the elderly in the country. Population ageing is a critical yet overlooked development issue in India, although the number of Indians aged above 60 is seen to triple from the current 104 million to around 319 million by 2050. The report released by Bibek Debroy, chairman of the Economic Advisory Council of Prime Minister Narendra Modi, aims at broadening the way the needs and opportunities of the elderly population is understood now and what’s needed to be done. India is often portrayed as a young society, with a consequent demographic dividend.

But, as with every country that goes through a fast process of demographic transition, India also has a greying and ageing problem. The findings of the report, Index on Quality of Life for Elderly, brought out by the Institute of Competitiveness on Wednesday, warrant that the governments as well as other stakeholders take adequate measures to ensure income security among the elderly. Initiatives for skill-building or reskilling of the elderly are also imperative for enabling them to take part in economic activities. “There is a stock of the aged and the flow of the aged. The youth of today, who will be the flow of the aged in the future will have to plan for their income security in their old age,” said Debroy, stressing the need for timely action. The report identified the regional patterns of ageing across the States and assessed the overall ageing situation in India. The Index framework included four pillars such as financial well-being, social well-being, health system and income security, and eight sub-pillars including economic empowerment, educational attainment and employment, social status, physical security, basic health, psychological well-being, social security and enabling environment.