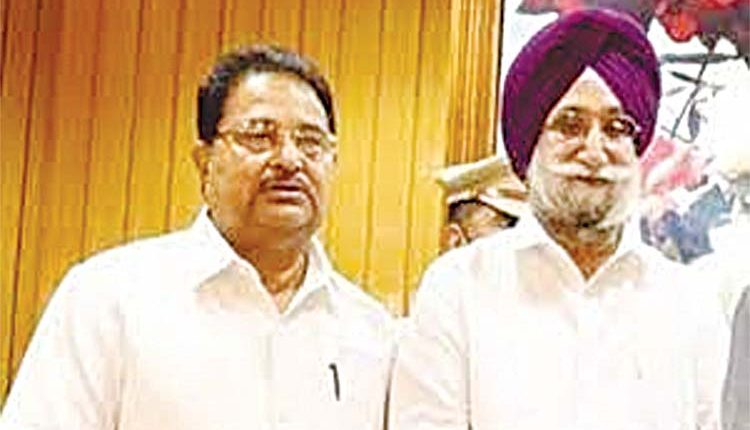 Dhuri, Nov 25 (Agency) Punjab Deputy Chief Minister O P Soni on Thursday said that the state government under the leadership of Chief Minister Charanjit Singh Channi has always been committed to solve the problems faced by the industrialists and traders in the state. In the joint meeting organised by Sangrur District Industrial Chamber and Punjab Pradesh Chamber of Commerce here, Soni informed them that Punjab Government has so far solved 90 per cent problems of industrialists and traders and remaining are being addressed. “Many notifications have been issued and the remaining will be done soon. Punjab government was paying special attention to the development of the industry in the state and the industrialists, traders will not face any difficulty in the state,” he said.

He further said that an investment of Rs 1 lakh crore has been made in the state in the last four and half years which has not only strengthened the economy but also created better employment opportunities. As many as 40,000 cases related to VAT of financial years 2015-16 and 2016-17 will be scrapped. The remaining 8000 cases will be settled by depositing only 30 per cent of the total tax liability and traders and industrialists will have to deposit only 20 per cent of this 30 per cent liability during the current financial year and the remaining 80 per cent would be deposited by next year. Soni also lauded the support extended by the industrialists to the state government during the Corona crisis. He said that the new industry policy implemented by the Punjab government was providing ample facilities to the industrialists. He assured that the government was considering a state development tax on the demand raised by the industrialists.

How to Obtain an Instant Loan Online in India