Punish the perpetrators: India on student stabbed in Australia 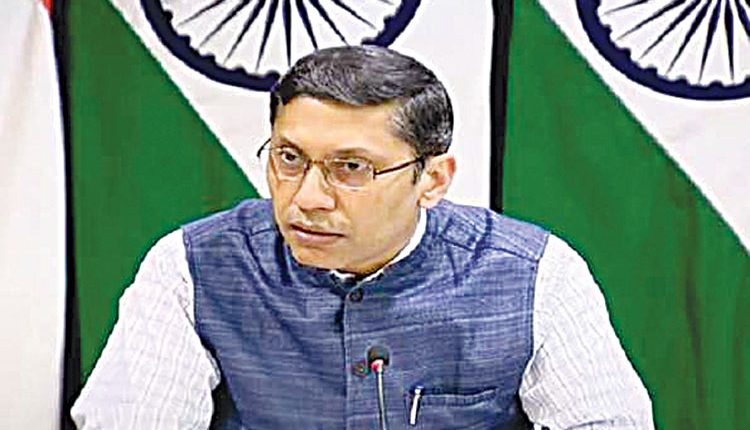 New Delhi, Oct 14 (Representative) India on Friday urged the Australian authorities to take action against the perpetrators responsible for stabbing the 28 year old Indian student Shubham Garg in Sydney and asked to expedite the travel documents of the family to visit the student. Addressing media, MEA spokesperson Arindam Bagchi said: “Our expectation is that the issue should seriously be looked into and action be taken against the perpetrators. I would not go into the speculation that whether the attack is racial or not. Our focus is on treatment and that the student becomes out of danger. “The MEA spokesperson also said that a request has been made to the Australian High Commission to expedite travel documents of the family members so that they can urgently reach Australia and attend their family member.”We have requested the Australian High Commission here to expedite travel documents so that the family members can urgently go.

I know that it was in process as I walked in. We hope that they are able to go and meet their family member there. It’s a shocking incident,” added Bagchi. The Indian student, identified as Shubham Garg, was stabbed multiple times at the corner of Pacific Highway and Gatacre Avenue Lane Cove in Sydney last week. He suffered injuries to his face, chest and abdomen and is in a serious condition after undergoing surgery. Reports said that Shubham received help from a nearby house after the incident and was admitted to Royal North Shore Hospital. “It’s a sad incident. The student is being treated in hospital. Our High Commission in Canberra and our Consulate in Sydney are closely in touch with the local authorities. We are also in contact with his family here,” Bagchi said responding to the queries over the issue. “Our official also visited the hospital yesterday. Our consular services have been extended. We have come to know that one suspect has been detained. The investigation part will be conveyed by Australian authorities,” the MEA spokesperson said.Reports said that Sydney Police have arrested the accused Daniel Norwood and he has been charged with attempting to murder.

Sri Lanka will be a threat & will take a lot of confidence in T20WC: Gambhir