Population can effectively be controlled by educating people 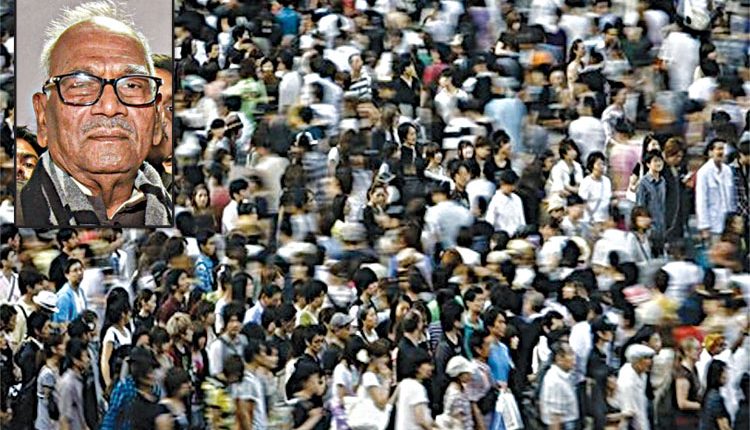 Patna, July 17 (Agency) Amid political row over population control, former State president of the ruling JD (U) in Bihar and Rajya Sabha MP Vashishtha Narayan Singh on Friday supported the viewpoints of Bihar Chief Minister Nitish Kumar on the issue, saying that population can be controlled by educating people and maintained that any law in this context would generate rebels in the society. Mr Singh said here today that such issues cannot be checked by creating fear psychosis as it is more associated to the awareness and female education.

He said that the pioneer of Indian constitution Baba Saheb Bhim Rao Ambedkar in his article on the related topic in 1938 too had emphasized that population can be controlled by educating people. Mr Singh said that Uttar Pradesh is not the first state which has moved population control bill but prior to it Rajasthan, Madhya Pradesh, Maharashtra , Gujarat, Odisha and Haryana too had exercised it but the effort nosedived. The MP said that on the pattern of China, demand to control population was being made since long in the country and more than hundred MPs had written letter to the Prime Minister in this connection. Brfore advocating for any such law, Mr Singh suggested to keep the the social fabric of the country in mind and the stated that China amending its law of one child policy in 2016 change it to two children policy and from the current year this policy has again been changed there to three children policy.

Apart from China several other countries including Iran, Singapore, Vietnam, Britain and Hong Kong have also changed their policy and introduced two children policy in their countries. He further said that the fertility rate declined in India with increase in the literacy rate during the past few decades.