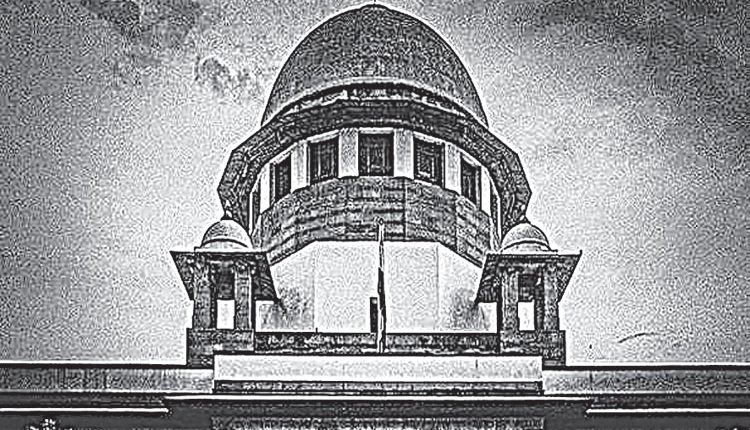 New Delhi, Dec 6 (FN Agency) The Supreme Court on Monday refused to take up an application, urging the Court for an early hearing into the plea seeking relaxation of the ongoing ban on construction activities. A three-Judge bench headed by NV Ramana said that regular hearing will be held on December 10 in the matter related to alarming pollution levels in Delhi and the National Capital Region. Senior Advocate Vikas Singh, representing applicant ‘Developer and Builder Forum,’ had urged the Apex Court for an early hearing on Tuesday or Wednesday in the matter of pollution under ‘Special Mention’.

Hearing a PIL filed by school student Aditya Dubey, the top court of the country had ordered ban and partial ban on all construction activities and other polluting units, barring a few works. On November 22, the Supreme Court had lifted the ban imposed on construction activities by the Delhi government. However, it re-instated the ban on November 24 with with some relaxations. To remove these restrictions, the Developer and Builder Forum had filed an application before the Supreme Court. The forum had urged for exclusion of small housing projects from the purview of the ongoing restrictions to reduce ‘hazardous’ pollution levels in Delhi and the National Capital Region. Hearing the PIL filed by Dubey, the apex court had on November 24, ordered restoration of the already existing ban on all construction activities except electricity, plumbing and interior designing. The amount of pollution caused by the construction activities of residential units was negligible, the Forum told the Apex Court. It cited a report released by the Center for Science and Environment Study regarding pollution, which said that only 6.7 to 7.9 per cent pollution was caused by construction activities.

The application, filed through Advocate Nitin Saluja, said that on November 24, a three-member apex court bench had re-imposed the ban on all construction activities without hearing the opinion of all the parties concerned. The petituoner attributed the alarming level of air pollution in the national capital to the huge number of vehicles, industrial units in Delhi and the National Capital Region, besides stubble burning in the neighbouring states. The applicant said that the repeated lockdown, implemented due to the Coronavirus epidemic, had given a huge setback to the businessmen associated with the construction sector. This has had an impact on a large number of other people involved in the construction work. The forum said following the court order, the Delhi government had announced compensation only for the workers, but the temporary supervisor, manager and a large number of people indirectly involved in the construction sector have not been compensated adequately. It said apart from the labourers, the livelihood of many people has also been affected. A serious crisis of livelihood has arisen in front of them. Therefore, considering all these points, exemption should be given in activities related to residential construction, added the plea. Citing the case of Central Vista, the petitioner said the way the Central government has promised to follow the guidelines of the Central Pollution Control Board, they are also ready to take similar measures in construction activities. The apex court, during the last hearing, had directed the concerned states, including the Centre and the Delhi government, to strictly implement the measures to check pollution.