PMAY abodes are citadels against poverty 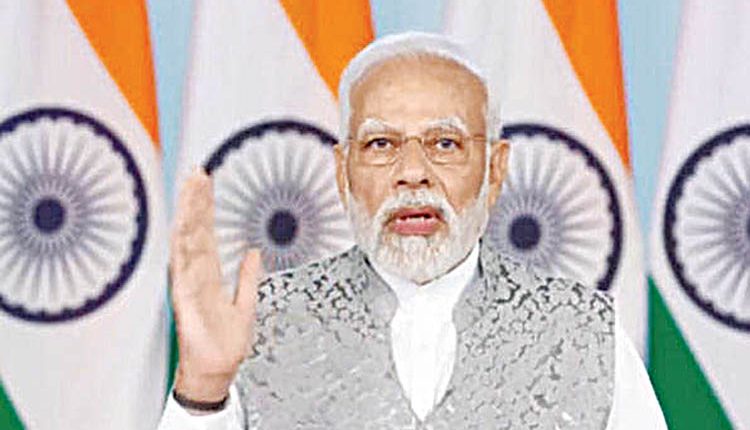 New Delhi, Oct 22 (Bureau) Emphasising the fact that universal housing is a high-priority matter for a welfare state, Prime Minister Narendra Modi averred on Saturday that dwellings made available under the Pradhan Mantri Awas Yojana are not mere abodes but actually strongholds that safeguard residents from the scourge of indigence. Addressing a state-level griha pravesh programme here for about 4.5 lakh beneficiaries through the virtual medium, the Prime Minister – in his capacity as Chief Guest – said, “Predecessor dispensations made people wait for decades together even for basic facilities. Such hapless individuals living in paucity could not think of anything else.

Witnessing all that; the present government stressed on a process for bringing citizens out of penury. Earlier regimes saw announcements regarding houses but beneficiaries were never asked about their preferences, social traditions, etc. The PMAY is emerging as a vehicle for social transformation. Previous erroneous policies made lack of homes an ‘inherited’ evil. I consider it my good fortune that I had the opportunity to break this vicious circle. About 30 lakh homes have been constructed in Madhya Pradesh and work is progressing vis-à-vis approximately ten lakh more. This is an avenue for employment generation as well. In excess of 50,000 masons received training and that figure includes about 10,000 women. In the course of the past eight years, 3.5 crore families witnessed their dream become a reality.
Toilets, power, water, cooking gas and benefits of other schemes are part of the package.”

Mentioning the challenges posed during the pandemic, Mr Modi said, “The novel coronavirus and then a conflict are compelling the dispensation to purchase expensive fertiliser. Despite that, we are committed to supplying the commodity at an economical rate to our cultivators. Fertiliser costing more than Rs 2,000 is being provided for less than Rs 300.” During his roughly half-hour-long speech, the Prime Minister said that even the taxpayer is experiencing satisfaction as his or her money is being expended meaningfully. Mr Modi has even received numerous communications of this nature. “Food outlets are being developed as Pradhan Mantri Kisan Samruddhi Kendras where even drones will be eventually available for hire,” he added. Among the dignitaries present were Chief Minister Shivraj Singh Chouhan and some of members of his Council.

Centre making too much noise over job letters: NCP